Gee...Heard Anything on the Trade Front?

Share All sharing options for: Gee...Heard Anything on the Trade Front? 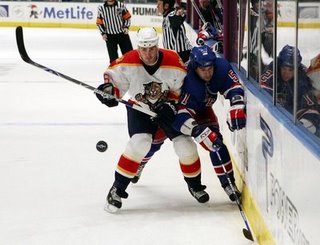 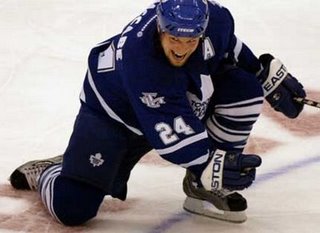 As would be expected, the hockey media and bloggers alike are abuzz over the Bryan McCabe-and-someone-for-someone-presumably-Mike Van Ryn-after-September 1st-non-trade. Part of the maniacal obsession is simply timing: in mid-August, there's not too much to cover. The other aspect is the content. In Toronto, anything Maple Leaf demands a 24-hour Gulf War-style embedded-reporter news cycle. Throw in McCabe's status last year as designated team goat, and a recipe for news overkill is cemented.
Of course, the coverage of this non-event has been epic, and can be followed up here, here, and here, as well as a billion other sites with a quick Google search.
Not much to comment on that hasn't already been said, other than it will be quite sad to see MVR leave. An absolute class act and consummate team guy, he got a bum rap over the past few seasons given the problems with his wonky wrists. 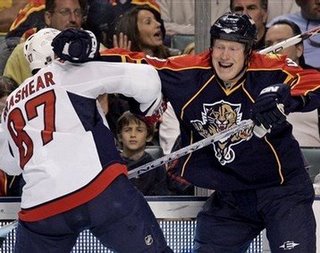 On a related note, Cats tough guy and resident character (haven't had one of those - heck, either of those - in a looong while) Wade Belak has surprised no one by chiming in on the rumor with this truly golden comment:

"Now we have to work on Mats. Let's get the entire band back together, man! I'm all for that." 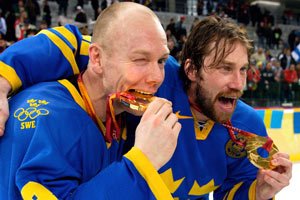 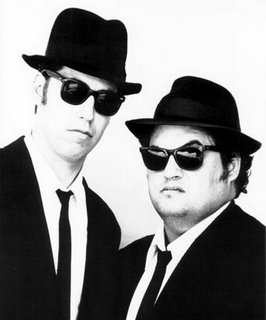 This guy's gonna be fun all year long. If you can find someone better equipped to mesh a bald Swedish hockey God with Jake and Elwood, I'm all ears. 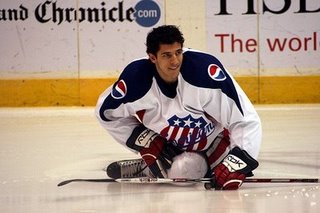 In other Florida news, Panthers rookie Drew Larman has re-upped. Also, JM the GM is expected to announce the hiring of Rochester's new head coach within the next week.