Share All sharing options for: McCabe, Tickets, and a VERY Quiet Airport 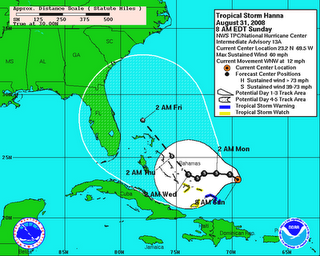 The wind is kicking, clouds are prevalent, and the airplanes are sealed up tight. Guess I won't be boating today. Hanna's been up, down, and completely confusing as to her ultimate destination. Giving us fits in the world of aviation. The five-day Cone of Death slowly moves west, yet all eyes are on the Gulf and the spectre of Gustav. New Orleans is certain to be a ghost town by midnight; our thoughts and best wishes go to everyone in its path. 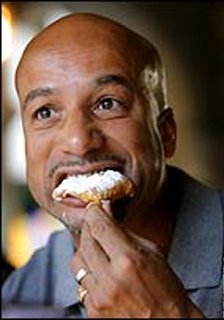 On a similar note...how is this guy still in office???


A MATTER OF HOURS: Bryan McCabe will have some serious coin to spend in about 14 hours. The concensus is that the deal, believed to involve the Cats' Mike Van Ryn, will go down on Tuesday. Wrapping up a slow summer, this a huge news, though a ridiculously poorly kept secret.

GREAT SEATS (HECK, GREAT SECTIONS!) NOW AVAILABLE: Single-game tickets for the Panthers first 16 games went on sale yesterday. Okay, show of hands: Were you in line at 10 a.m. to secure your seat for that thrilling October 16th tilt against Jacques Lemaire's explosive offense? 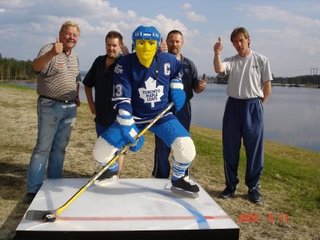 THAT NAME WE DO NOT MENTION: Similar to LegoMats above, RealMats has stood firm in his resolve regarding secrecy - or indecision - as to whether he will choose to retire or play another year. He'll be in Toronto Friday for a celebrity charity game (if you consider the likes of Tim Robbins a "celebrity"); expect a brutal media crush the moment his plane touches down at Pearson.

I'll be honest: I want RealMats to be a Cat. What's the one position we're hurting for? First line center. We've got the cash. Oh yeah, we have a captaincy opening. And the younglings could use a bona fide leader on the ice and in the room. Who better for Weiss, Horton, et al to learn from?

Laughably unrealistic? Almost certainly. But it's fun to dream...