McKeon vs. Leonsis: Can this Possibly Top Burke vs. Lowe?

Share All sharing options for: McKeon vs. Leonsis: Can this Possibly Top Burke vs. Lowe? 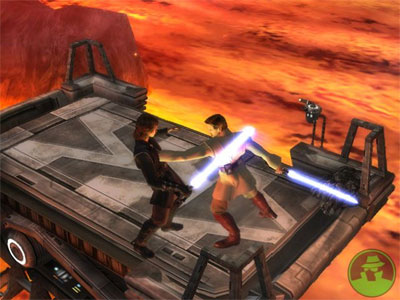 And the war of words continues. To contract or not to contract. The owner versus the writer.

I won't waste time recapping more or less what Puck Daddy very succinctly captured in his recent column, so to sum up the essence of this bizarre situation thus far, head over to his site or the excellent Barry Melrose Rocks for the details.

Apparently, McKeon wouldn't let the issue die after Leonsis decided to dance. All of this contraction craziness, in a strange way, has led to quite a cornucopia of strong emotions from one side of the blogosphere to the other.

Having been on relatively both sides of the lame-duck-fan coin (relocation of the Mighty Whale, and being a slave to a Panthers club consistently targeted on the web for contraction or a move to Winnipeg), I am a bit biased on this subject. My heart was already ripped out once, and I won't bore anyone with the sordid particulars on Hartford losing it's hockey club in this piece.

Needless to say, I want the Cats to stay right where they are for a very long time. It is not up to me to question Alan Cohen's ultimate plans for his toy, but what more can we as a fanbase do but hope the man is being true to us, and support his efforts here, whether through attending games when financially feasible, or buying the occassional bit of merchandise, or talking up the team on various BBS services, or any other positive action which benefits both the consumer and the seller.

I blog for two reasons: to pimp for - and when called for, against - the team, and because I enjoy the heck out it the relationships created by it. Would I continue doing this if the Cats packed up and shipped out to Hamilton or Kansas City? Or if they ceased to exist at all? I guess I would, only begin targeting other realms of the best game in the world. But I wouldn't be happy initially.

The Whale's exodus in 1997 was not the fault of the fans, or the players, or the local media. There was 93% capacity in their final season, and in fact led the Adams(!) Division at midseason (before the inevitable collapse). Paul Maurice was an assistant coach for the Eastern (Wales?) Conference at the All Star Game that very year. Things looked good, until the carpet was pulled out in March.

Long story short, of course I, and by extension, all NHL fans would feel the sting of contraction in one fashion or another. That's the emotional aspect that's to be expected. The financials are ean entirely different animal (hopefully, a panther).

In any case, watching this Leonsis/McKeon feud has been great fodder for all of us. How far can it go?