Stu Barnes ...One of a Kind

Share All sharing options for: Stu Barnes ...One of a Kind 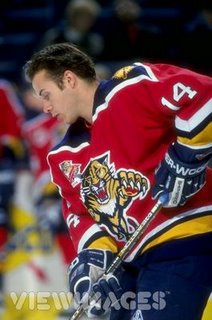 This afternoon, longtime NHLer Stu Barnes announced his retirement from hockey, finishing up as a member of the Dallas Stars, but will forever be enshrined in South Florida as the key piece of one of the most infamous trades in Panthers history.

On November 19th, 1996, Barnes (after three years in Miami and how many hits later) and Jason Wooley were sent packing to the Penguins for the indomitable Chris Wells.

Wells, after quickly proving how domitable he really was, served four uninspired seasons in Florida, while Barnes rapidly became a true leader and fearless soldier for the Pens, Sabres (as captain), and Stars, as originally expected when drafted by the Winnipeg Jets in 1989.

A fan favorite everywhere he traveled, his was the type that is seldom seen in today's game. 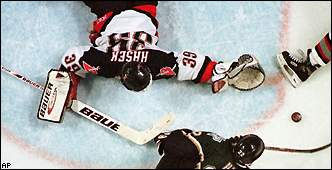 Once the worst night of his professional career, fate intervened and made Barnes a Star.