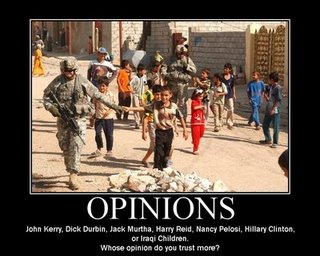 In response to a particular under-the-radar transaction today, a number of media members are beginning to weigh in with their opinions on what went down. Interestingly, though not unexpectedly, the focus of most often turns to the presumed falling-out period between the Leafs and their former defenseman.

There's a lot of animosity toward McCabe, but no less than that directed at Mats Sundin, Kyle Wellwood, Darcy Tucker, et al, for not waiving their no-trade clauses at the latest trade deadline, the very same no-trade clauses the Toronto Maple Leafs - or more accurately, deposed GM and Teacher's pension fund puppet John Furguson Jr. - included in their contracts. Presumably without MAC-10s to their heads.

Ask any of those "fans" who pummel these folks: "As a player, would you have taken the same deal?"

The what-have-you-done-for-me-lately attitude has become a constant in the Toronto media, and among fans. Read any talkback on TSN, Sportsnet, Slam! Sports, etc. Quite an education in obsession and, in some cases, rage.

Without further ado, and more importantly, before I have to get up for work in three hours, a couple of editorials on what is shaping up to be the biggest story - and worst-kept-secret - of the late summer.

WES GOLDSTEIN (CBS SPORTSLINE) produces a nice middle-of-the-road piece on what McCabe is facing in a so-far-happy move to South Florida.

"I loved my time in Toronto because there's no place like it in the hockey world, but I'm really excited about being in Florida," McCabe said.
"They've brought in a lot of young talent and I really truly believe they have an opportunity to absolutely make the playoffs and hopefully make a run for the ultimate prize. Hopefully me and the other new guys can help put them over the top."

FROM THE WORLD OF OPEN-SOURCE, The Bleacher Report's Bryan Thiel puts up a good review of McCabe's time in TO and what he may bring to the Cats.

"But Florida is getting something special. Whether he scores 20 goals for them or not, McCabe will bring his all, and he'll be committed."

THE THROW-IN FOURTH ROUND PICK is a make-nice, sorry-for-the-trouble gift horse from Cliff Fletcher, Leafs' GM, as reported by the Sun-Sentinel's Steve Gorten.

"Either way, the Panthers at least get something back for the disasterous trade they made in February, giving up a third-rounder for forward Chad Kilger"

Lots more to come, kids, in the next few days. If nothing else, dealing with Toronto is always an exercise in a ginormous preponderance of opinions. TLB will stay on it. Mostly. Cuzz I'm getting carpal-tunnel syndrome from typing "Toronto" and "Bryan McCabe".