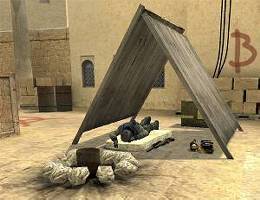 The days have turned to hours as camp approaches. Will YOU be there to watch when Peter DeBoer takes to the ice in his first formal practice as head coach? When Richard Zednik makes his first public appearance on the ice? When Anthony Stewart is trotted out for what must be His. Last. Chance. When the search for parking at construction-addled IncredibleIce turns viscious? When Craig Anderson looks for Ice Bunnies...and finds none?
These cosmic questions and many others will be answered tomorrow morning at 10 in Coral Springs, kiddies. Don't worry...it free.
Lots of activity from The Big Three today, so in the spirit of Carolina's franchise, let's dive right in:
At the Herald, GR recounts the activity of the summer, what it means, and the way it may all play out.
"General manager Jacques Martin said this is the best team Florida has had since he joined the franchise in 2004."
I'm as positive - more so, in fact - as anyone, but yowza that sounds eerily familiar. However, I am inclined to agree, at least on paper. Jassen Cullimore has also been spotted back on South Florida ice, apparently with an invite in hand. Bravo...he was a pleasant surprise last year, a real comeback, though his chances to make the club out of camp are slim to none (who's he gonna bump? McCabe?). If he signs a deal, it'll be two-way and off to Rochester to await an injury callup. Not that injuries have ever been a problem with this team. 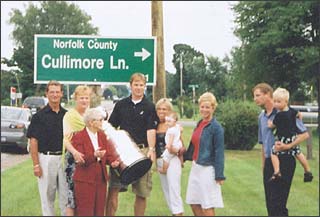 Actually, that's not too bad a first defensive pairing for the Amerks: Cully and Rory, plugging in Ellerby when necessary. Kewl.
Cruising up I-95 north, the Sun-Sentinel has it's own list of questions, from the vacant captaincy (Vokoun for the "C"...Amen!), to DeBoer's minor-league experience ascending to major-league success.
"Still, a few Panthers players privately wonder whether that will translate over to the pros, with some players twice the age of the juniors DeBoer has coached."
So freaking what. Play the game.
Not to be outdone, Steve Gorton's Cullimore news is featured here as well.
Further up the interstate, the Palm Beach Post's Brian Biggane profiles DeBoer's new attack-first system he's implementing, and the obvious comparisons with Detroit and Canadian national teams.
" 'We won't be sitting back. We're going to be in your face,' said Stephen Weiss, who enters camp as the team's No. 1 center."
Really, really, looking forward to this practice and scrimmage tomorrow. It's unfortunate that there don't appear to be any videos of past training camp practices - or any practices - that could be used to contrast Martin's approach to DeBoer. An eye opener, I'd bet.