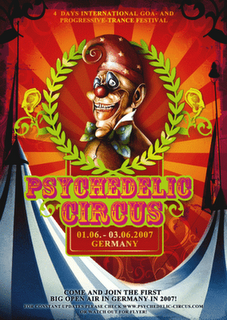 The media frenzy surrounding the Cats continues to build momentum in anticipation of tomorrow's training camp opener (for details and directions, look below this post).
With a big tip of the hat to Old Dave at the (original...and uber-superior) fan-operated Florida Panthers Bulletin Board, who beat the pants off me to it all, we'll take a peek at what The Big Three did on their last day of summer. How 'bout beginning with the stunner of the day?
Steve Gorten at the Sentinel passes along this land mine which should warm the blackest of Panther hearts:
"And (Horton) said repeatedly Friday that he knows he needs to stop taking games off (his words) this year."
Kapow! We've been waiting for this since, um, wow. Speechless. Might he have grown up since the departure of his playground buddy, Olli? Godspeed, John Glenn. I sure hope he means it, cuz the rest of the league has been waiting for those words a long time. Maybe JM, too. Good stuff from Steve-O.
Jay Bouwmeester has a contract. And his potential departure should distract his team in what fashion? None, writes the Herald's George Richards in On Frozen Pond.
"[Contract] stuff doesn't concern us. That stuff will work itself out. Winning cures everything."
Quote attributed to new Panther and eventual Bouwmeester replacement Bryan McCabe. Richards includes a bit of news from around the league as well.
GR also reports that parking will be a concern at tomorrow's camp kickoff, but otherwise you'll be happy with a wide smile and fat wallet. For the used equipment sale, of course.
"Picked up some sweet skates (thanks Peter Worrell) for like $50 at the last one."
Worrell. He was cool. Saw him in New Haven like a billion years ago with The Beast. Big dude, killed everyone to death in under three rounds. If his blades are fetching 50 balloons, I'm holding out hope that the $4.20 at the bottom of my laundry bag will snag me a dog-eared photocopy of a John Torchetti-signed lineup card. Doesn't hurt to wish.
Anyway, completely stoked for tomorrow, and hope to see lots of folks there, walking across the construction zone awaiting south Florida hockey bliss.