How Big is YOUR Cone of Death? Oh, and Some Guy Named McCabe

Share All sharing options for: How Big is YOUR Cone of Death? Oh, and Some Guy Named McCabe 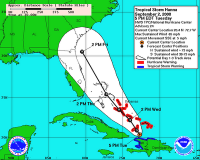 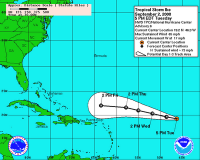 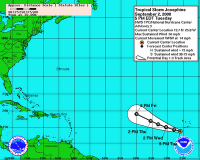 Should be a slow week, weather-wise, for South Florida. And indeed, those are THREE individual storms. Good stuff. 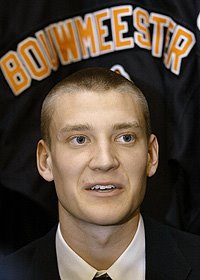 J-BO COMMENTS ON GLUT OF D-MEN In other "news", The long-anticipated McCabe and fourth-rounder for Van Ryn has thankfully, officially, been completed. Bravo JM for a job I personally view as well done, and all the best to MVR in Toronto.

I find the most interesting aspect of this entire affair to be the response of Jay Bouwmeester to the deal which may have sealed his fate in Florida:


"It's been a revolving door with players, coaches and general managers. Hopefully they can get something to stick."

You'll notice his employment of the word "they" when referring to his current hockey club. Make of that what you will. The guy has been through more regime changes than the Louisiana house of representatives, so one can understand his ambivalence, but just sayin'. A fascinating read on the link above.