I Knew There Was a Reason I Still Felt 27

Share All sharing options for: I Knew There Was a Reason I Still Felt 27 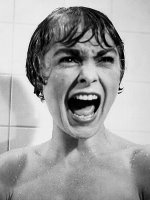 Now, I'm aware that many out there are unfamiliar with Cat coach Peter DeBoer.

I'm also aware he's got a phenomenally successful coaching record in the OHL, and the hockey press is well versed in it.

That being said, Gambling911.com seems to be stuck in 1998. Either that or the LA Kings will be sending a strongly worded communique to Jacques Martin very very soon.

"Florida Panthers: Terry Murray - Terry Murray is now Jacque Martin's man in Florida, as Murray has a winning record of 360-288-83-6 in 737 games coached. The Panthers are getting an experience NHL coach, but I think the game has changed too much for a veteran guy like Murray. His Brother Bryan is the GM in Ottawa. +5000 odds to win the 2009 Stanley Cup"

"The game has changed too much for a veteran guy like Murray?" Ok, here's a suggestion: how about tabbing a dude like, oh just picking a name out of a hat...PETER DeBOER?

How high are these guys? I'm not a gambler, and now I know why. Who's taking these clowns seriously?

Terry freaking Murray? Who's coaching Rochester...Roger Neilson? Get it together, losers.