It's not the Years, it's the Mileage

Share All sharing options for: It's not the Years, it's the Mileage 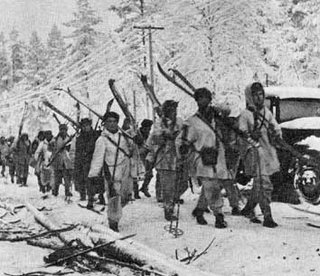 Game four of JM's "Planes, Trains, and Automobiles" tribute tour suffered a severe flat tire Friday night, as his Cats were emasculated at the hands of - gulp - Mike Keenan and his suddenly fiery Flames.

Is the travel beginning to catch up to them? The prospect of two more games in as many nights? The expected confusion resulting from a new coach, his new systems, a bunch of kids looking for ice time to prove their worthiness, a number of freshly-minted arrivals from other clubs? Perhaps all of the above. Or worse, perhaps a message sent via express mail to Martin, the architect of this "Cannonball Run"-style schedule.

As professionals, I cannot believe for more than a moment that anyone wearing the Florida uniform "gave up". But people - even highly compensated athletes as stereotypically humble as hockey players - have their limits.

On a night where Tomas Vokoun - in his first start of the preseason - must face over 40 shots, nothing appeared to have gone as expected. DeBoer must make the inevitable personnel cuts, releasing kids to their junior or minor league assignments, and pull his troops together. The time for experimentation has officially ended, in my mind.

The Calgary Sun has reason to gloat about their home team's performance. Also at the Sun, Bryan McCabe's new situation has garnered their attention.

A bit further to the southeast, the Palm Beach Post has nothing. Nothing. But we knew that.

The Miami Herald's George Richards looks at D Jassen Cullimore's attempt to reclaim his spot in the lineup, as well as a capsule summary of last night's disaster. What more can really be said?

Can we love this guy even more?

Richards' blog looks ahead to PEI (which will NOT be live blogged. Serious jones.) and Montreal.

Steve Gorten at the Sun-Sentinel doesn't have a new story for today, but his blog recap from last evening tells the tale.

And so ends the nightmare. On to PEI.