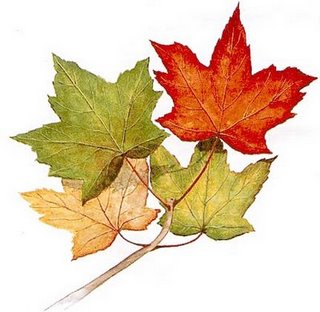 Autumn is a mere one hour away, or at least it was when I began banging out this post, which reminds me that I should have had today's morning submission completed many hours ago. This whole "employment" thing is really getting in the way. On to more interesting matters...

Steve Gorten profiles Richard Zednik's return to action in an upbeat article from the Sun-Sentinel.

"General Manager Jacques Martin described Zednik, 32, as "anxious" to pick up where he left off last season. The streaky scorer posted six goals and three assists in the four games before Feb. 10."

Sick numbers during an impressive run.

On the same path, the Columbus Dispatch looks at the NHL's - and specifically, the Blue Jackets' - on-ice emergency procedures in the wake of Zednik's Bad Day. A number of various scenarios are played out in an effort to increase efficiency during an unforseen event.

"'My vote is, leave the helmet on, barring any type of facial trauma,' said Dr. Joseph Ruane, team doctor and a sports-medicine physician."

"''Last year was a year of transition for me,' said Vokoun, a member of the Eastern Conference All-Star team in 2008."

Forgetting the obvious but lame reasons why goalies can't be captains, I REALLY wish DeBoer would break with tradition and name T-Vo as commander-in-chief. His passion and frustration with losing made him an early fan favorite around these environs. He reminds me a bit of Mike Liut and his canned rage. Now that's passion.

A change of scenery will work to Bryan McCabe's advantage, says David Shoalts of the Globe and Mail.

"He got through the whole situation without getting down," Belak said. "I don't know how anyone could have handled it as well as he did."

"...He brings a lot of leadership to this team, which is what we need. Last year's team was a little quiet. It was kind of divided in the locker room."