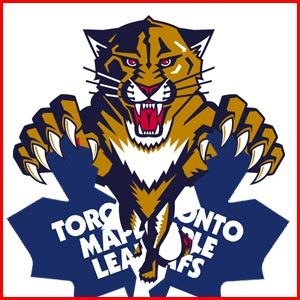 As expected the 'net is bogged down with stories reporting the almost-guaranteed deal between Florida and Toronto. The links to them are truly without end.
"Say...which deal would that be?" Have we had anything else to discuss recently?


According to many sources the Leafs will give up a draft pick in addition to Bryan McCabe for Mike Van Ryn. The only new item here is the pick.
Like the rest of the hockey world, I stand in anxious, sweaty anticipation of this deal, if for no reason other than it'll hold us over until the Rookie Tournament.

But there is another reason: this is one great acquisition. McCabe really is a big-name player, and not due simply to his few on-ice gaffes of recent seasons. His day was up in Toronto easily a year ago. A reinvigorated BMac could possibly morph into the best offensive-defenseman the Cats have ever had. He's got the tools, the talent, and the opportunity of a lifetime to prosper away from the glare of the Ontario media, who have been brutal, as have Leaf fans.
Just waiting for the press release...