Sunday Primer: Camp Day One Fallout and (what else) Contraction

Share All sharing options for: Sunday Primer: Camp Day One Fallout and (what else) Contraction 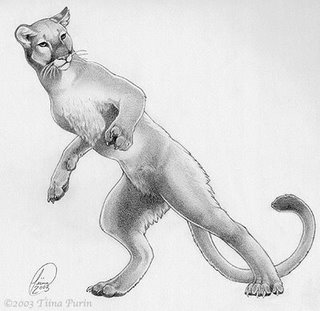 
All's well in Pantherland heading into Camp, Day Two. Not much on the radar since yesterday, so we'll get right into the locals, and a few other tidbits.

"I've been here five years and haven't played in a playoff game. It's not fun for anyone. Hey, I'm partly to blame for that. I know that."

(A good portion of the press conference, as well as many other wild interviews from yesterday, can be found at the official site. Kudos to their staff.)

The Sun-Sentinel's Steve Gorten has more J-Bo talk, and a great summary of yesterday's events at IncredibleICE as well.

"The scrimmage is underway and Noah Welch just laid out Radek Dvorak with a hit near the boards. Just as in games, we're hearing "Boooooooth" whenever David Booth has the puck."

It really was otherworldly to hear the "Booooth" cry in such a small area. Truly kewl. Sitting just behind Zednik was neat, yet at the same time one could feel the angst he must be going through...every time he returned to the bench his eyes met cameras directly before him. And the season hasn't even begun.

Inside the Panthers has a terrific blog from Day One.

"Fans were so excited about the scrimmage they actually applauded when the officials took the ice. How often do you see that?"

Brian Biggane wasn't kidding when he wrote that. Almost surreal, and it happened a couple of times. Everyone looked around and decided, "OK, it's time to let 'em hear it". Lots of energy in the building. And tremendous anticipation.

Just to prove we're not alone in the world, the Rocky Mountain News ran a short AP article announcing the event. Nice.

It's been several hours since league contraction has been discussed, so here's today's fill:

"So say goodbye to these seven: Anaheim, Nashville, Atlanta, Carolina, Tampa Bay, Florida and Phoenix. The southern experiment hasn't worked, and won't. See ya later y'all."

Blah blah blah. As long as the Maple Leafs are safe and sound, screw everyone else. Another original thought from the capital of the hockey universe. Send your gratitude to Brad Fay at Sportsnet.ca.