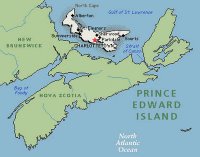 From The Guardian (Cozy subtitle: "Covers Prince Edward Island Like The Dew") it would appear the good folks in Summerside are getting stoked for the arrival of our Cats. Do they know the way?

"The trip to P.E.I. will mark the club’s second visit to Summerside as the Panthers held their 1996 training camp at Cahill Stadium."

For those who might read too much into the "1996" reference, that followed the Cup run. The whole spring-before-fall thing. 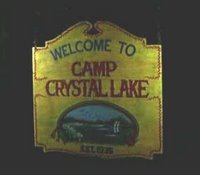 Minus Bryan Allen, everyone's in town and stepping up the pace of practices with Training Camp primed to open officially on Saturday morning. At 10:00. IncredibleIce. Wanna get your pulse up? Behold from The Palm Beach Post's Brian Biggane:

"While lines were jumbled, Stillman began the scrimmage on a line with Stephen Weiss and Nathan Horton."

THAT'S the news I've been waiting to hear. Thanks, Brian. Yes, The Box will be at Camp, Day 1, cameraphone in hand.

Guess whose website is now up and running (pretty sparse, but sure to be sweet)? Modesty forbids TLB from taking credit. Check it out here. On the subject of The WB, he'll be appearing as a call-in guest on Big 105.9 FM tomorrow (time TBD. I'll pass it along when available).

UPDATE: WB's site just locked up on me. At work. Now I have to work. Not amused.

A fascinating article on creating and maintaining good rink ice comes to us from yet another Guardian, this time a few miles kilometers to the east. And the Panthers - of course - have somehow made a name for themselves overseas:

"Down in Miami, home of the similarly awful Florida Panthers, the ice men have to contend with temperatures of 90 degrees and air that is the consistency of pea and ham soup."

Though focusing primarily on the Rangers and Madison Square Garden, it's an interesting read, especially coming from a nation with a very small, yet no less loyal, hockey footprint. Hey...kinda like THIS place: 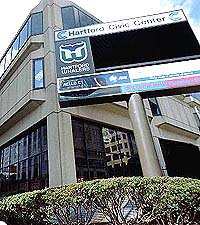 Off-topic! Puck Daddy brings a wonderful interview to the site, regarding a new fan-made movie chronicling the rise, fall, and grass-roots effort to return NHL hockey to Hartford. But the Whalers never mattered to me.

Even further off-topic, my home PC's motherboard decided not to do it's motherboard things any longer, so I'll have to milk the machines at work as much as possible. This translates to fewer posts for at least the next day or so while I comb the local junkyards and schooldumpsters for a new-to-me CPU. PantherNation in crisis!