Share All sharing options for: GAME DAY! Cats at Hurricanes 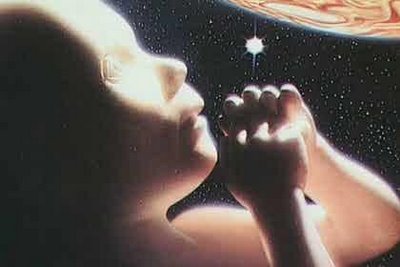 Another season of Panthers hockey - Pete DeBoer style - is born. Tough economy? Election-fatigue? BS. The world is a perfect place.

Seems like a year ago that I spent an entire day - July 1st, in fact - monitoring the web for what promised to be an exciting, action-packed start to unrestricted free agency. I was, needless to say, not amused by the lack of movement early on, but the Cory Stillman signing boosted my spirits toward nightfall. Once announced late in the day, Marian Hossa to Detroit, for one year, was the crescendo. That's stuff you just can't make up.

GM/coach Jacques Martin is "simply" the GM now, a move that brought a chorus of opinions from the fanbase. Love him or hate him, the Cats haven't been this solid in a decade, due to his diligence and steadfast decision to stay the course, partnered with an ownership group willing to commit.

We've been through the draft, said goodbye to longtime captain Olli Jokinen, hello to Keith Ballard and The Beach, and met Jacob Markstrom.

The Rochester Americans are now wholly ours, allowing new bench boss Ben Groulx the luxury of mirroring the strategies of the big club. Translation: kids called up can step right in, without wasting precious time getting acclimated to a foreign strategy.

What is certain to be the NHL's Feel Good Story of the Year - Richard Zednik - is ready to go, perhaps on the first line.

The surprise of training camp - Anthony Stewart - has earned a spot on the big club...at least to start the year. The kid has come a long way. I gave him up for dead at the start of camp. Awesome.

Let's do this thing.

The locals, yes the Palm Beach Post too (if the Cats make the playoffs, the bandwagon starts at the doorstep of the cheapskate Post) all come armed with articles ringing in the new season.

From the Miami Herald, GR gets down with coach DeBoer. Also, Richards breaks word that Shawn Matthias has been sent to Rochester, but Michael Frolik has not. Lastly, the changes in personnel, and in attitude, are highlighted.

At The Sun-Sentinel, a commentary by Dave Hyde profiles the potential impact of Jay Bouwmeester heading into a season which may or may not be his last with the organization. Steve Gorten details the pressure on Nathan Horton.

The Palm Beach Post's Greg Stoda offers up a preview of the team's goal scoring potential now that Jokinen is in the desert.

And from behind enemy lines, the (Raleigh) News-Observer sets the tone for a new season in Carolina, and once again, evidence that the Canes haven't forgotten the last time they hosted the Panthers.

The season must be here...we've got odds! And I have no idea what they mean, but here they are, courtesy of SBR Forum. A Q & A session with Nathan Horton is also provided, pushing the outer edge of the envelope with Mike Wallace-style hardball questions, such "Who's your favorite cartoon character?"