Most Exciting Fantasy Hockey Panther? Of All Time, Freaking Ever? David Booth...the Conquest Has Begun

Share All sharing options for: Most Exciting Fantasy Hockey Panther? Of All Time, Freaking Ever? David Booth...the Conquest Has Begun 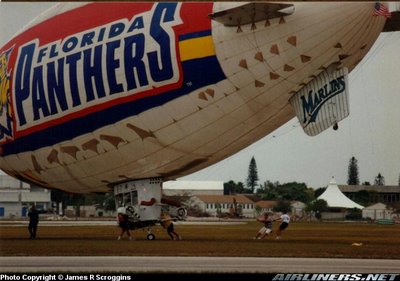 This blimp represents David Booth and the sheer size of his onrushing impact upon the NHL this season. The ground staff holding ropes represent futility in stopping him.

The Hockey News has posted a nice feature on Booth by Darryl Dobbs (who maintains a phenomenal fantasy hockey site).

"The Florida left winger has picked up where he left off last season, starting the campaign with four points in two contests. Since he is averaging nearly 19 minutes of ice time, it is safe to say he is on coach Peter DeBoer’s good side."

The word's getting out on him, folks.