On the Glass - Saturday: Belak, Booth, The Beach & Ballard

Share All sharing options for: On the Glass - Saturday: Belak, Booth, The Beach & Ballard 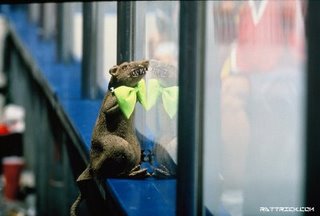 Looks like Wade Belak, he of no points in 17 games, brings far more to the table than sheer offensive numbers, his bench boss says.


"We want to make sure teams know when they're playing the Florida Panthers that it's not going to be an easy two points," said Panthers coach Peter DeBoer."


The (Saskatoon) Star Phoenix has the call.

Booooooooth! The Sun-Sentinel allows Cats' winger David Booth a few moments to explain why he feels this will be a year of great gains.


"Booth attributes much of his success last season to playing on the same line as Weiss and Nathan Horton — a combination dubbed "The Sunrise Express" by fans."


Love the kid and his tenacity, HATED the whole "Sunrise Express" we-must-have-a-non-offensive-moniker shenanigans. We're a long way from this.

The defense awakens. Further south at the Herald, the new (old) defensive pairing of Keith Ballard and Nick - The Beach - Boynton, longtime chums in Phoenix, continue to mesh well.


"Whereas Boynton is a physical presence, Ballard is an offensive-minded defenseman who can move the puck and provide a threat coming forward. Ballard scored 21 points for the Coyotes last season.

'It'd be a nice pair to keep together,' Coach DeBoer said."

A view from afar. The North Bay (Ontario) Nugget takes a quick peek at the Cats.


"McCabe can be a liability in his own end of the rink, but when he is on his game he can be an offensive catalyst."


That's not really an unknown portion of BM's game, but I'm really stoked to see the guy in action with the likes of J-Bo, Ballard, Beach, etc. Should be an interesting power play.

The Panthers are practicing this morning at 11:00, IncredibleICE, Coral Springs. 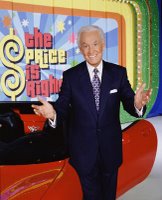 Stay tuned to TLB for a big announcement this afternoon...with a chance to win a pretty sweet prize...