Panther Rant: Is NHL Biased...in naming Three-Stars of the Night?

Share All sharing options for: Panther Rant: Is NHL Biased...in naming Three-Stars of the Night? 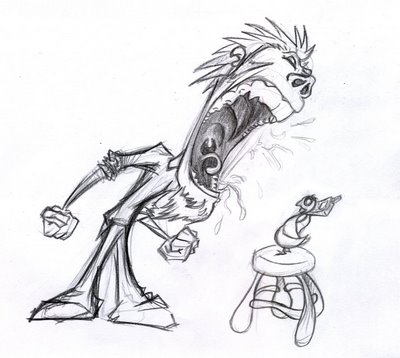 Ok...here's my small-market nitpick of the day. Was doing the usual morning routine, reading all the typical sites, gathering info, and wound up at NHL.com. As I've mentioned previously, the official NHL site was never a favorite of mine, but their constant upgrades and video access has kept me going back. I still prefer to get news and opinion from other sources. The NHL's not going to be all that upfront about their issues (what issues?). However, I do enjoy checking out their Three Stars of the Night following Panther games, in the event one of the Cats may have performed above and beyond the rest of the league. Certainly wasn't likely the past few seasons, but whatever.

The NHL's Three Stars of the Night are as follows:

Solid numbers. But may I note:

What form of Klingon math must I employ to figure out how the NHL even possibly concluded Hossa (with Detroit, no less) is more deserving of a star than Stillman? And simply forget Zherdev showing up for his one game per season.

I took note of the teams behind the players. In fact, it screams out: Philadelphia, New York (R), and Detroit. Hmm. Rather large markets. As simple as looking over the numbers above, one can't help but see something a bit distressing. The season just began, so the sample size is pretty small, and this may be a fluke, but for the life of me I cannot see the justification in Hossa - or Zherdev - being honored over Stillman. Except in playing up the big towns. And we all know Bettman's Boys play that game.

For the record, our friends at Puck Daddy have awarded their first star to Panthers' goaltender Tomas Vokoun. So maybe this is all moot. I am working on a Saturday, after all.