A Study in Embarrassment: Panthers Surrender to Wild 6-2

Share All sharing options for: A Study in Embarrassment: Panthers Surrender to Wild 6-2 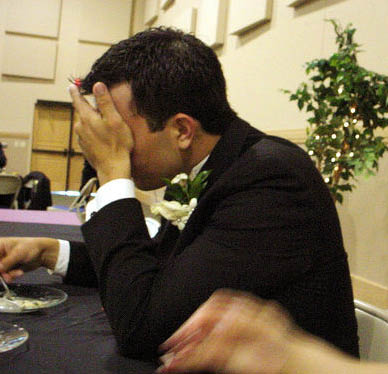 If this is The Undiscovered Country, allow me to be the first to refute that description. The Panthers got stripped, cleaned, and filleted in a matter of less than two hours.
We have seen this before. New lineup, same result. The Litter Box hosted eight non-hockey fans, almost violently non-hockey fans, and long story short: got my rear end handed to me. Thanks, Cats, for keeping the newbs in mind. I guess there will always be another game. Until, of course, the Panthers pack up for Winnipeg, trade the contracts away, and start anew. Y'all think I'm kidding. Just wait. Remember my online handle.
Keep it up, Panthers. The NHL universe understands you've got a free ride with a new coaching philosophy, and that will buy you a bit more time. Yet another free ride.
Sorry new guys...nothing's free in SoFlo. On that note: can you imagine successive years of winning, followed by one losing record? We're a tough market. But it can work here.
We like the moves that have been made. Ballard, Boynton, McCabe, Welch, et al are solid additions to a club that needs - demands -a stronger commitment to defense. Yet the team GA is up. Way up.
Thomas Vokoun? At best? Shaky. Had little to work with, defensively. It's been All Him. The jury's convening after three games. Craig Anderson? Left out to dry like leather as well tonight, but showed up to play. Too bad his "D" was still banging home the nails in his predecessor. It's almost like Vokoun has been targeted for destruction by the defense.
I haven't followed the Western Conference closely since Barry Melrose was a coach in the NHL, so I'm a tad behind. But if I recall correctly, Minnesota is supposed to be devoid of offensive talent options when Marian Gaborik is absent.
GM Doug Risebrough has built a team designed for the long haul, capable, lacking further injuries - if that is possible - of taking their division. Kudos to them for taking the four points they earned in the Sunshine State (as expected by pundits from Toronto to Vancouver).
A complete letdown by the Sons of Sunrise. TLB is only one in a line of thousands who are beyond fatigued with this franchise collapsing when expected. "Low Expectations" will be the headline on all of our tombstones. And I've already got the Hartford Whalers battling for space on my grave...so let's get it settled.
Coach DeBoer: good luck; we are all behind you and your efforts to turn this sorry franchise around. All indications point to you being able to pull it off. The fanbase is on your side. The Litter Box is on your side. You never promised playoffs this year, and I commend you for not raising our hopes, or those of the players. They know, be it returnees or not, what the record of success is.
However, Coach...tonight flat-out sucked with a capital "S". Penalties, missed shots, and more penalties. Hard to construct a core of new fans - given free tickets, no less - when presented with a "game" such as the one we long-timers had to deal with tonight. The really sad part? Folks walking in with Cats jerseys knew the outcome before it began. At the end? We accepted it. That's insanely wrong. And unfortunately, again, our long-time fears were proven true. We can't compete with the big boys. Defensive stalwart Minnesota.
I mean, come on. It was a tease for the first ten minutes or so, which led to a shellacking of tremendous proportions. I, and many others, believe you, Coach D, will carry this club to the promised land. No matter how much I hope, it won't occur tomorrow. Nor will it happen under your watch the next day, or perhaps the following season.
But at some point, you will guide an NHL club to a championship; be it a division, conference, or league title. The kids, and vets, you shine a light for today will never forget your efforts at the very genesis of your professional coaching career. Nor will the fans.
That being said...let's get some.