Share All sharing options for: AccuScore Prediction: Hurricanes over Cats, 2.7-2.5 - and more Belak 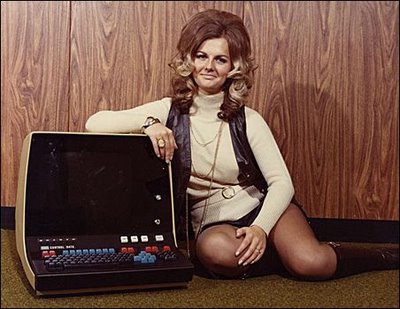 Monday! Been a couple of days since the last defeat, so we at TLB are excited for the next one, tonight's divisional match at the BAC against Carolina (11-8-2, 24P). For those of you uppity-types with mongo televisions - like, um, me - the game is on FSN in HD. Few things in life are more precious than watching the Panthers blow a third period lead, with seconds to go, in high definition.

Silly! Florida doesn't get leads! But I digress.

AccuScore has the 'Canes topping our Cats, but not by much. Remember kids...this is a simulation based on current rosters (no, Belak's not in there) and run 10,000 times. The result is an average number of goals scored. Get over there and vote for the winner.

The Belak Conspiracy talk continues on in full-force. On Frozen Pond has a rather spirited debate taking place in the comments section, following George Richards' fantastic blog entry from yesterday. The Sun-Sentinel also asks some relevant questions. And for the record, here's the club's canned response. I agree the waiving was pushed by Coach Pete far more than Uncle Jacques. Wanna send a message? Drop the guy who rides the pine. Uh oh...he's popular with his teammates...might want to rethink the strategy. Martin didn't all of a sudden decide to 180 his acquisition - and contract offer soon after - of the guy. If this is part of a grand plan that's nestled up DeBoer's sleeve, can I assume there may be an upside? He's now got 19 dudes in The Room who are even less happy than they were during the last game. No, it's not a popularity contest. Yes, they are professionals and deal with moves like this one all the time. But the club is at a critical stage, really this time. Coach Pete has had the goodwill of ownership, management, and the fans. Almost free reign to run the ship his way, without consequences. I have yet to criticize the guy, since he can only work with what he's given. However, I detect a subtle shift in the air around the team. Something simply different. We're used to losing...but there's an underlying stink that's tough to identify. There's an awful lot of work to do. This whole Belak thing might just work...or not. Do these guys know what they're doing? How much more faith are we to lend them? It all begins - again - this evening.
Good thing they don't have any sort of rivalry with their opponent.