Share All sharing options for: AccuScore Prediction: Thrash Over Cats, 2.9 to 2.3, and An Idea from W4E 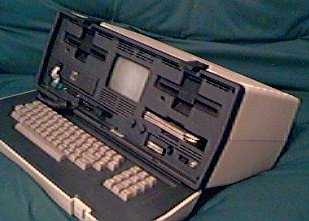 Can't argue with the results AccuScore has drummed up since the beginning of the season. They certainly had the correct outcome - right down to the final score - of 3-2. Which is exactly what is forecast for tonight as well in Atlanta.

No real news to report from the road today. The list of injured remains static.
A Grand Opportunity? Or Fantasy?

IncredibleICE in Coral Springs, FL...the Panthers' home away from BAC.

It occured to me a few hours ago, thanks to this phenomenal item at Puck Daddy, that when neither the home nor away teams are televised in their respective markets, thus providing no feed for NHL Center Ice, why not just play the games at a practice facility? It's not like we're dealing with a case where the Leafs, Rangers, or Canadiens will ever have to step on untelevised ice. Big markets are not the concern here.


In our case, take last night for example. No one anywhere on the planet, outside the Sommet Center (and with an announced attendance of 14,909, there weren't many inside, either) who saw the game in Nashville.


A crazy, fanboyish idea, agreed, but why not play those games - the few we have each year - for the fans - at an alternate site, such as the Preds' practice arena or other local, cozy atmosphere? For those couple of yearly gigs in South Florida, can anyone who's been to IncredibleICE possibly turn down the opportunity to see a big-league game in such a venue?
There are a hundred reasons why it should be done, but a thousand more why it shouldn't: "It's another small-time NHL gimmick, the medical facilities are less than adequate, the seating cannot possibly contain even simply the season ticket holders", etc. And on and on.
But what a great night it would be. For the fans. And probably the players as well.