Share All sharing options for: Gamenight! Cats at Phoenix 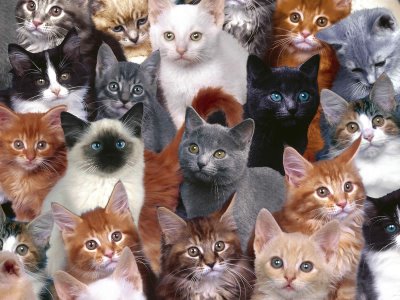 The Florida Panthers (0-5 in the past five) await direction from coach DeBoer on defeating the Phoenix Coyotes.

Contrary to popular belief, it's not often we Florida fans stare at the possibility of going zippo-for-six in any recent season. How did we get here? A (crippling) lack of offense? Injuries to McCabe, Stillman, Olesz, Campbell, Weiss, etc. (a very common gripe with this club)? Inexperience among the coaching ranks? Could it be...Satan???

We lose to backup goalies. Lose on shorthanded goals at home. Lose due to lack of effort. Lose because of (insert reason here). It's almost as if they're trying to go down in flames, in the most embarrassing, most grating ways.

I like Pete DeBoer. Of course he's inexperienced at this level. And the AHL level. And come to think of it, throw the ECHL in there as well. BUT, the guy has won and won big over the years in juniors. He's coaching younglings, for the most part. Guys who need a completely fresh outlook. Completely. I'm behind him, and he deserves to get through at least two years of continuous service. Love or hate Jacques Martin, the guy's got a plan. Give it time to pan out way or another.

Doesn't mean he's not going to get barbs thrown his way along the road.

As for his troops: SOFT. Buck it up, buttercups. If only to save face for yourselves. Simply tanking isn't going to create or save a reputation by ultimately getting shipped out. It ain't gonna be to Detroit or San Jose, so you might as well play for the feline on the front of that sweater. Don't want to be here? Fine. Hmmm...who's in need of front-line help? Oh yeah: Atlanta, Columbus, Los Angeles, the Isles. Think ya got it bad here? For those unwilling to roll with all you've got in Sunrise, just keep it up. The word's going to get out. You know, just like the "he can't win the big one" moniker that's been firmly affixed to Jokinen. He may score the winner tonight, but the label remains. And will until he makes the postseason. Nathan...you're traveling that very road. Stephen...is that all? Rusty...all that speed and skill, and soooo little scoresheet action (though you do have the best-ever post-goal celebration in Panthers history. Yeah, that picture). Tomas...one night you're Jacques Plante; the next, Darren Pang. C'mon, bro. The ONLY folks that believe in this bunch are hanging on a thread. JM, we're begging you: do the right thing, avoiding giving away the farm if possible, but make something happen. This is YOUR team. Hold to your word. Talk to the Stillmans and, well the Stillmans about becoming a winner. Get their opinions. The guts-and-glory glory guys who know what to surround themselves with. A tough act, we realize, but no one said the job would be easy.

Hope it's a good one tonight.