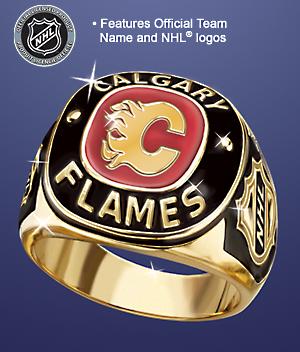 Nothing even closely resembling this was handed out to the Flames last night.

How about that "flameout" reference, eh? Pretty sweet. I'm digressing.

VOKOUN IS ALIVE AND WELL. KREPS NOT DEAD. WEISS FOR PRESIDENT. BOUWMEESTER REMAINS A ROCK. Good stuff all around from Florida, as the Cats continued to show - dare I say - character in getting behind, evening it out, repeat, and shining in the shootout. They are displaying a pattern of being hard to play against. That, folks, is called An Identity. And I don't need to recall in horrid detail how badly that facet of this franchise has been lacking, for so long.

Question: just how did Weiss score that winner? You know, his third winner in three straight games. You read that correctly.

Our good friend DolPhanDave has provided an excellent game breakdown, and can be found in the FanPosts on the right sidebar.

Florida completes its' west-coast swing Sunday night in Vancouver against the Luongo-less Canucks. Leave the television in the barn...you won't be needing it. Again.

That being said, I shall endeavour to hack my way through an extraordinarily long layoff and get back to doing whatever it is we do here at The Box.

The Panthers are now in a statistical tie for 8th place in the Wales Conference with Buffalo, but if the season ended today the Sabres would slip into the playoffs due to their higher goals-for. The season is not, however, over, so we live another day. Otherwise, the Cats continue their unlikely climb up the Southeast Division standings, jumping Carolina to take second place...if only for a spell. It's worth noting the Cats have done more (one point) in 29 games than the Hurricanes have, and these are the tidbits that matter most come April.

(And may I add, the stories out of Canada are sublime. Read on.)

As I've stated previously, I shudder when considering the impact of the return of the Recovery Room Five: Booth, Horts, Zeds, Rusty, and Stillman. Gonna help? Gonna hurt? A very tough read. The current (healthy) roster, veterans and rank rookies alike, has gelled under the command of Field Marshall Weiss. What ripple effect might there be once these guys begin working themselves back into the lineup? 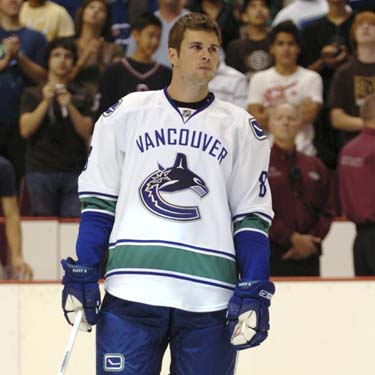 Once more, they're from where?

A tenacious effort, resulting in (another) road win. Next up is Vancouver (Andy will start), followed by a visit to our old friends in Raleigh on Thursday.