Share All sharing options for: A Closer Look: The thirty-game mark...where are we? 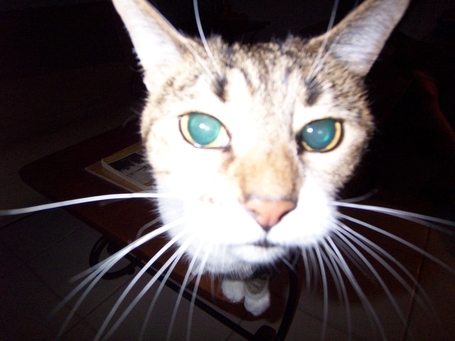 The Florida Panthers currently sit on a 14-13-3, (31pts) record, good enough for a third place position in the division, only two points behind Carolina, yet with a game-in-hand.

I'm pretty dismayed that I accidentally deleted my previous post, which profiled the Panthers' forwards. But we'll work beyond that and get an even better handle on where things are in the division at this moment.

Washington defeated the Isles in a SO tonight, pushing the Caps over the 40-point mark. This moves the Caps into a ten-point lead over Florida.

Carolina beat Montreal in regulation, moving the Hurricanes two points ahead of Florida.

In essence: the Cats had no help whatsoever.

We can only thank a game-less Lightning squad for not playing.

The Cats will get nowhere without success in the Southeast division; this being the case, let's examine where we've been:

Essentially, we're looking at 8 points of a possible12 within the division. Not great. But the Cats have not played an exorbitant number of matches against these clubs, and certainly not in quite a while.

This will change on Thursday in Raleigh, better known as the Cats' personal torture chamber. The local games will pick up quickly. They must be prepared to adapt, change their style, and most important: keep the mental strength up. They've already beaten down several road demons in Edmonton and Calgary. Simply(!) a matter of continuing the good stuff, remaining focused, and beating the absolute tar out of the Hurricanes on their own lousy ice.

Good teams compete. Great teams either find a way to win more than 50% of the time, or straight-out dominate. Can the recent stretch of "character-driven" wins continue?