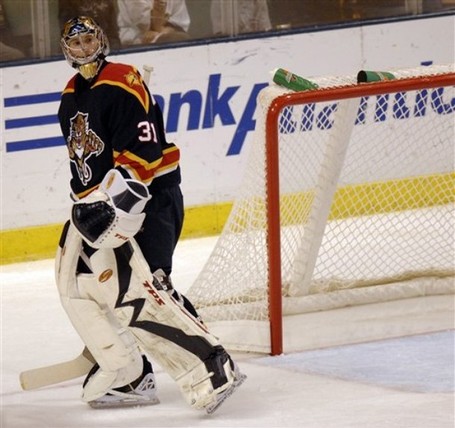 Sportsline's Wes Goldstein takes a close look at goaltender Craig Anderson, covering his rather typical winding road spent shuttling between the American and National leagues, and the payoff it provided for he and his present team. A little faith goes a long way.

On his quick stop in Boston, playing behind current, and severely underrated, Bruins netminder Tim Thomas:

"Here's a guy who was 30 and had the opportunity to come back to the NHL and he came to the rink every day with a smile, having a great time, because he loved the game so much," Anderson said. "It made me think 'why am I coming to the rink pissed off about a loss. It's a great job and you should have fun playing hockey.'"

We have yet to see this kid not play the role of consummate professional and thorough team guy. As Goldstein goes on to point out, Andy is aware of his surroundings: his backup status, the approaching UFA deadline, and the positive vibes he brings to a club not known for such emotions.

Even on the bench, one is aware of his presence and effect on the team.