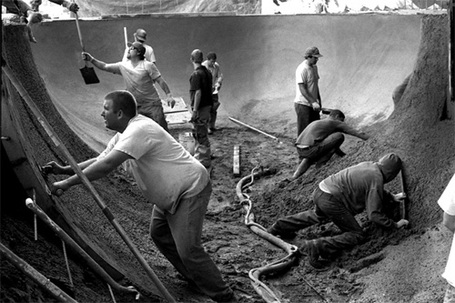 Divisional setbacks be damned, the Panthers begin their crawl upward.

Another night in Raleigh, another loss. But the point earned in the overtime period may make a phenomenal difference come February. Lots of power plays - for the home team - and an unusually low-scoring affair led to an action-packed and playoff-like third period.

And admittedly, the Cats started off SLOW. As if a number of they're forwards had been injured for a lengthy period. Bizarre.

However, they made a game of it, after spotting the typical we're-in-Carolina two- or three- power plays in the first frame.

Got to be honest here: In all of the Carolina organization's time in Hartford, I can't recall a single season - let alone game - when the officials predominantly sided with the Whale. Ever. Excuses, excuses, I know.

But it's hard to believe, having been an ardent follower of the club in Hartford, that some crazy KGB-style mandate isn't in effect regarding penalty calls against this bunch since the move to Greensboro/Raleigh. At least when they play Florida.

A doctoral student could break down each and every match between these two clubs and find it most difficult to discern a radical difference in the legalities of strategies utilitzed. Beyond the obvious penalty differentials. There's just something off-kilter.

Oh well. Carolina got their win (on power plays), and Florida got their point (without them).

Long story short: Carolina dominated the first, especially considering the three power plays (scoring on the last). Florida was a little boy lost; trying to figure out where they all fit in, now that the Big Boys were back in town.

The second was a bit more controlled, a bit more even. No real domination by either side.

Third period action picked up the pace, Florida got confident all of a sudden, and we had a game. Back and forth it went...until OT.

My prediction had the Cats prevailing in the extra period, siting an abundance of skill over ego. Alas, ego (read: experience) won out, and the Panthers fell to the Hurricanes 2-1. For the 15th loss of the last 16 in Raleigh. Brutal.

Bottom line: the effort finally arrived, along with the Panthers' "game" - whatever that may be at this stage - and allowed them to climb back in, while a putting a scare in the Hurricanes. They got the point; a point Carolina did not want to give away.

There are no scheduled games among the Southeast teams this evening.

Special Thanks to CLG, DolPhanDave, and mjdivo for joining in the Open Thread!