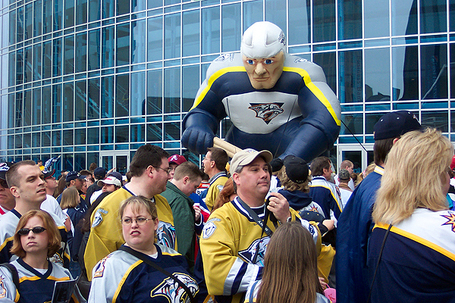 Predators' defenseman Shea Weber, combating allegations of rampant steroid use, mingles with the Sommet Center crowd before a recent game in Nashville.

The final game before Christmas is upon us. I've been lagging over the past day, prepping for an out-of-town trip leaving EARLY tomorrow from Ft. Lauderdale. Not even my airport! Point being: The Box is going to be updated a bit less frequently over the next few days; I'll bang out what I can when the opportunity presents itself. Meantime, feel free as always to make use of the FanPosts and FanShots, and have a wonderful holiday!

The logo (don't believe this one's still in use) isn't terrible... 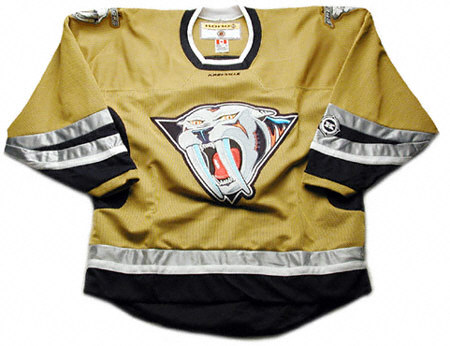 With a base color most identified with this: 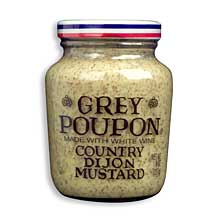 It was unique, to say the least. 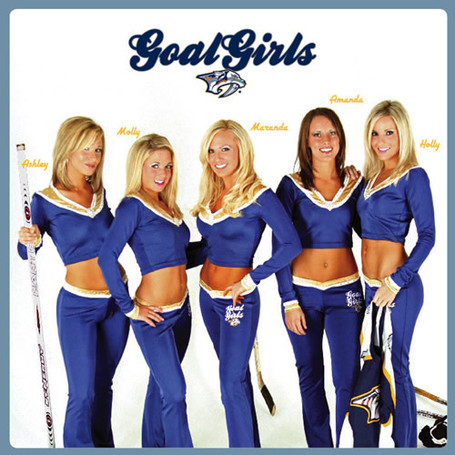 The Cats aren't the only organization specializing in cheap publicity stunts celebrating women. 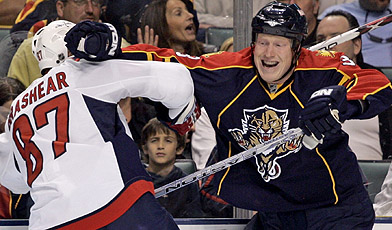 Remember this guy? The one who happily left for...Nashville?

Stand back: The Thrashers lost at home to the Leafs Monday night, by the modest score of 6-2.

This evening, Atlanta travels to Long Island in a battle for ineptness, while Washington visits Madison Square Garden and the Rangahs, attempting to right the ship after the weekend's 7-1 debacle. The Lightning (remember them?) make a stop in Pittsburgh, and Carolina visits the current state of Marian Gaborik.

In essence, attention Ranger and Wild fans: you have allies in South Florida, if only for the evening. The Panthers are the only host club of the night.