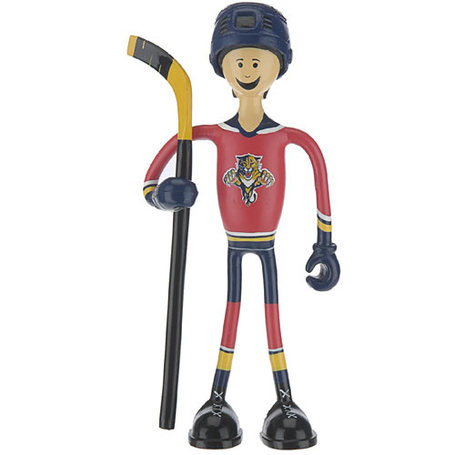 Good stuff all around by the Panthers, mustering up just enough defensive responsibility to take down the Predators by a score of 3-0.

This marks the second shutout in a row for former Nashville starter Tomas Vokoun, and a tremendous effort by Florida, accentuated by a fantastic backchecking game.

Pete DeBoer's "plan" appears to be reaching its' climax. Players are buying into it en masse. Instead of one good game, followed by three lousy games, the Cats actually are believing they can win. Every night. So. Freaking. Refreshing. Thank you Pete. And moreso, thank you GM Jacques Martin. Keep up the hands-off policy. Please.

Gonna mail it in on this one; gotta be in Lauderdale at a waaaaay early time tomorrow, but this was a thoroughly enjoyable romp.

THE BOX GOES ON THE ROAD

Will do my best to provide op/ed on whatever may come down this weekend. Given the Cats take on the Lightning twice, I'm missing a good stretch. But there's always the chance that I'll make the Capitals/Sabres game - live in person! - on Friday, so stay tuned for that.

Once again, feel free to contribute to The Litter Box via FanShots and FanPosts on the right side of your screen. The entire network is founded on just that principle. We've had some terrific columns - written by supremely serious Panther fans - and they've all been worth your time. I encourage you to continue reading all of it.

I wish to send out my thoughts for the very best of holidays to each of you. It does not escape anyone here at The Box or The Nation that you are the folks that keep us rolling. Thanks so very much for the comments, posts, and emails all year long; they truly are the reason for our being here.

This is a time to give thanks to those who gave you a meal and perhaps a step-up during dark times. On that note, I'll end this Golden Globe acceptance speech by thanking those most responsible for my representing the Florida Panthers on this corner of the blogosphere: James Mirtle of From the Rink and SBNation, Sean Leahy and Greg Wyshynski of Yahoo! Sports Puck Daddy & Going Five Hole (not respectively...!), Jon Press from Japers' Rink, and Earl Sleek of the Battle of California. All are world-class, media-altering blogs, and I find it difficult to brush my tooth each morning before reading what they've got. Internet Explorer favorites, all. They've done more for a down-and-out blogger than I can relay without lulling anyone to sleep. And I cannot thank them enough. The very best of New Years to each.

Just beyond that All Star Team, I'd like to turn your attention to Cat Scratch and Panthers on the Prowl, two phenomenal - and underrated - blogs which I do my darnedest to promote. Because they're that good. I'm honored linking to them.

Nicely done, Panthers. The league is talking, the media is talking. Do the unipron right and keep it up.

Finally, CLG has been the primary motivating factor in all of this. I'm luck she still speaks to me, given the amount of hockey minutia she's dealt with. You are as much to be credited for on this site as I am.

Happy holidays to all!