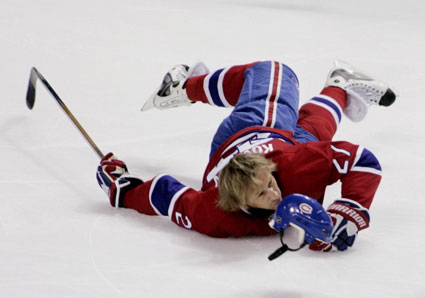 Unique calisthenics allow the Canadiens to achieve such stellar heights.

Still getting back into the groove here, so bear with me and we'll get through this. I haven't personally seen a Cats' game in a week, so chillin' in front of the tube with a Panthers broadcast is exactly what I...oh forget it.

On that note: if anyone has a link to a webcast of the game, please send it to me and I'll publish it. There's one out there somewhere...find it!

Evidently, Florida accomplished the impossible: losing both ends of a home-and-home against Tampa Bay, scrounging one lousy point out of the entire debacle. Yes the late-night heroics on Friday were nice and allowed them to salvage that one point, but in the big picture, they lost some seriously high ground to the division.

Cully will be a game-day call, but center Kamil Kreps is likely lost for several weeks thanks to a bum shoulder (or mid-upper body) injury suffered in Tampa Bay.

Koivu and Laraque are huge losses for the Habs, but from opposite ends of the spectrum: Captain K is arguably the club's best all-around forward, and Georges keeps the troops safe from cheap shots. In any event, the Panthers' chances for success are only marginally improved; the rest of the Montreal lineup is formidable. 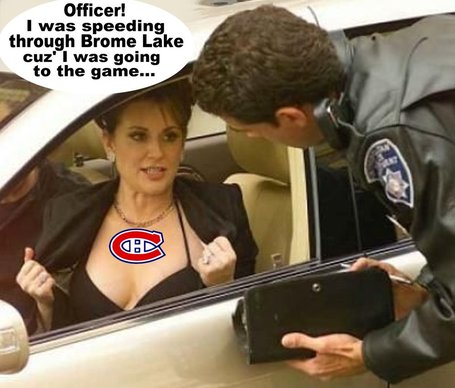 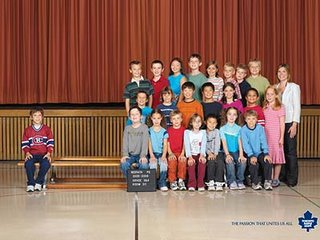 Little Claude learns life after daddy's transfer to Ontario won't be all sunshine and fleur-de-lis.

We'll give it another go with the Open Thread tonight.