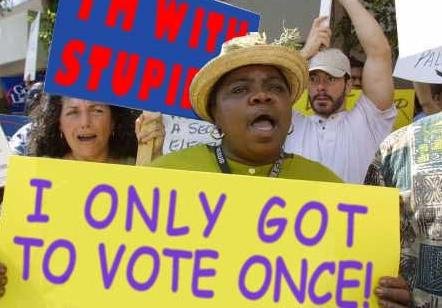 Or some variation of that term.

The effort's paying off: Andy got two more votes since I began typing. Realistically, we're not getting these folks in as starters, but never rule out the reserves.

Versus must be salivating over the prospect of televising an All-Star game in the States with the Eastern Conference starters entirely composed of Montreal Canadiens.