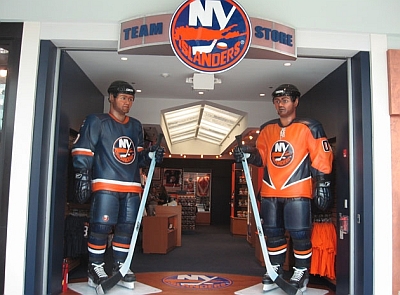 Sadly, the Isles' policy of drafting at least two prospects out of Chernobyl per year came to a quiet end this past summer.

* As always, heads-up to live video feeds are appreciated!!! *

Welcome to the final game of the 2008 calendar year, which finds the Cats at Nassau Coliseum. You remember the Coliseum. Craig Anderson certainly does. 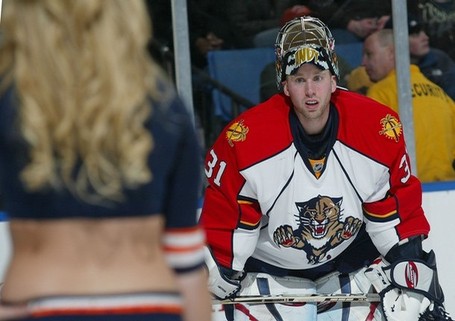 Now that I've mined that picture for more than it was ever worth, the Panthers are clearly in a deep tailspin, dropping their last three, two of which were the lowly Lightning. Even more lowly, the Isles are 1-7-2 in their last 10. For the Cats to drop this one would certainly bring the house down on a - once again - mentally deficient team. That New York has gone 10-4-1 in their past fifteen at home against Florida is a point not to be taken lightly. 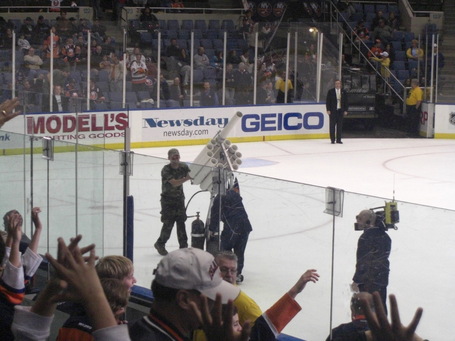 As Litter Box correspondent DolPhanDave witnessed, the Islanders are gearing up for a real "grudge-match" type afternoon meeting with Florida.

New York is dealing with a tragic number of injuries - similar to that which Florida experienced just a few weeks ago. The Cats made the absolute most of the situation. Will the Isles do the same? 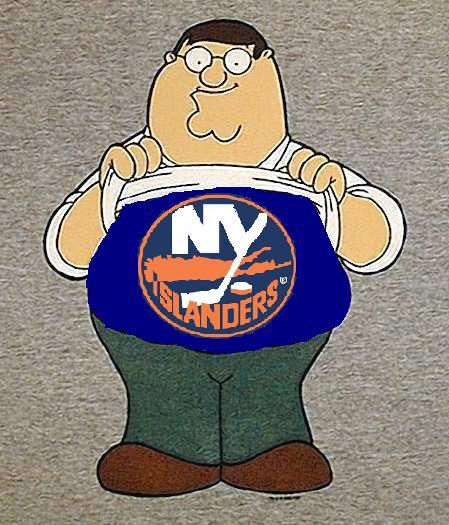 What a ridiculous caricature. Everyone knows Quohog is geographically much closer to Boston.

Cory Murphy was reassigned to Rochester yesterday on a rehab stint. If this is the help the Amerks' management has been screaming for, they've got another thing coming. Really feel for those folks.

New York is a banged up as any club, but another recent groin "issue" with goalie-for-life Rick DiPietro has the crows circling overhead once more. Wing Trent Hunter decided to make the bench door into a chest-mounted hood ornament against the Rangers, but left the ice under his own power.

POINTLESS BUT NONETHELESS AWESOME PICTURE OF THE DAY 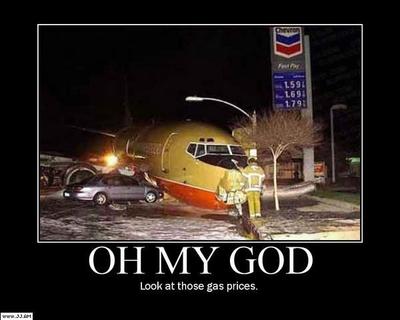 "You are now free to move about the Quik-E-Mart."

Both Florida 'tenders have had recent success against New York; coach DeBoer has yet to publicly name a starter as of 8:30 am. The ongoing drama that is RDG (or Rick DiPietro's Groin) finds the goalie on the mend once more, allowing J-Mac to start the majority of games. Again.

The Washington steamroller motors on, this time defeating trhe Sabres in Buffalo 4-2. With a 12-point lead over idle Carolina, the Caps are beginning to pull away in the division race, making it more likely the Hurricanes and Panthers will be watching a few more in-conference scores. (Caps trivia: who handed Washington their only home-ice regulation loss this season? Hint: they call Sunrise home.) Maxim Lapierre (remember him?) plays the hero once more, netting the SO winner for Montreal over host Tampa Bay. The Lightning gain yet another point, however, and find themselves within seven of Florida. 54 year-old goalie Curtis Joseph made 29 saves to lead the Leafs over visiting Atlanta, who remain awfully close to Tampa Bay in the race for last in the division. 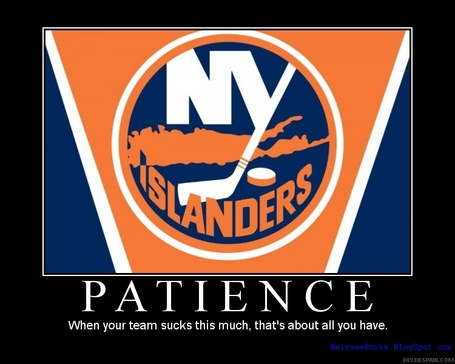