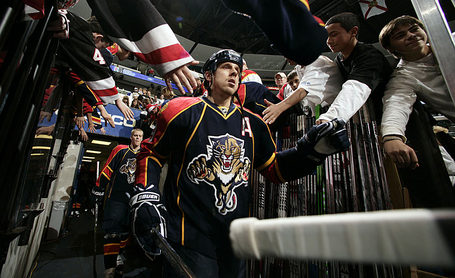 I had a tough time approaching this one. Two evenly matched squads in so many categories; neither appeared to have the clear upper hand before the first puck dropped.

That being the case, my money would have been on - surprise - Ottawa, if only because their top line was intact and present. Whether winning or not, the triumvirate of Dany Heatley, Jason Spezza, and Daniel Alfredsson (2G, 1A combined) is always a headache for the opposition. Good thing I resisted the urge to wager. And by the way: the Cats never had a lead. 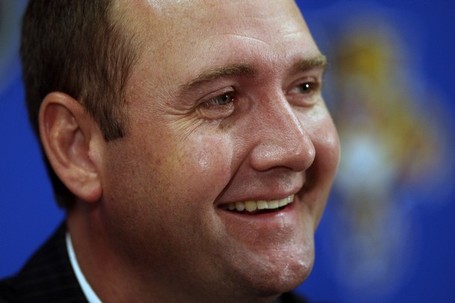 The man with a pla...whooooa; I almost said it.

Coach DeBoer's Cats have been switching up lines on the fly, by necessity, due to injuries on the front end. This improvisational method has produced a remarkable record over the past eight games (5-1-2, 12P), and it speaks volumes about DeBoer's ability to organize, prepare, and react to adversity. And he's instilling those qualities in his team. Or something. 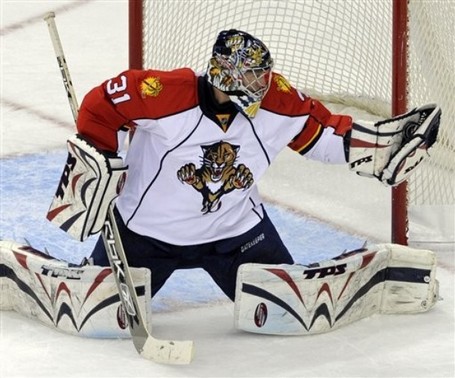 If you can find a cheaper starting goaltender...buy him.

Of course, all of that effort would likely be moot if not for the rise of His Majesty Craig the First. What more can be said? He's simply done it all. Where would the Panthers be without him?

Bouwmeester, The Beach, and Michal Repik's first NHL goal - in his first NHL game - closed out the scoring for Florida.

With a small bit of luck, we could begin to see a few of the wounded make their returns to the lineup over the next week on the western road swing. Is that a good thing, based on how the club is currently playing? I'll always take more scoring help, but it is an interesting situation.