Islanders run drills, use Panthers for pylons. Unfortunately for Florida, it was all horribly real

Share All sharing options for: Islanders run drills, use Panthers for pylons. Unfortunately for Florida, it was all horribly real 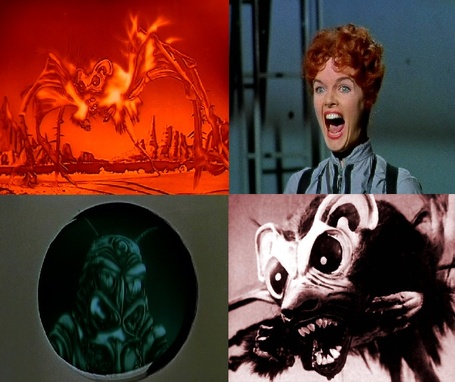 These pictures evoke unbridled happiness and joy when gazed upon following yesterday's "game".

An opportunity for Florida turned to tragedy Wednesday as the New York Islanders, the formerly 11-22-4 New York Islanders, picked up win number twelve against a confused, lost, and retreating band of Panthers. Mr. Hilary Duff had two goals, while Joey MacDonald made 27 saves to grab the win.

Tomas Vokoun (whom I personally was adamantly opposed to starting this game) was unceremoniously pulled after the second period, allowing three goals on 22 shots. Andy was inserted at the start of the third, making 12 saves, including what was likely the play of the day.

As for the Cats' scoring, Litter Box insider DolPhanDave (who followed along with text updates on his phone due to travel) summed it up perfectly: When McLean scores, it's gotta be a rough one. Alas, sleepwalking Nathan Horton finally found the net...in the dying seconds of the game on a 6-on-5. As the saying goes, it changed the score, not the outcome.

The Panthers have thus failed to earn a point in three straight games, blowing the games-in-hand they once had on their division rivals. Good times ahead, though, as the Cats travel to Pittsburgh for yet another early start. At least this one's televised, albeit at 1 pm. These daytime games are tough to get used to.

At the gates of the BankAtlantic Center Thursday, A happy new year turned sour as Panthers season seat holders express their displeasure with the Cats' record of 16-16-4. No deaths were reported, but injuries are said to number in the hundreds. GM Jacques Martin has thus far declined comment.

It's January 1. I, like most of you, have a few things to bang out this morning leading up to the Winter Classic (Go to From The Rink. Now.) But unlike the South Florida Sun-Sentinel mailing it in so they may further fatten themselves on Dolphins coverage, I will not be using the Associated Press to tell the world that Carolina defeated Atlanta (big surprise), moving the Hurricanes into a four-point lead over Florida in the Southeast. Jonesin. 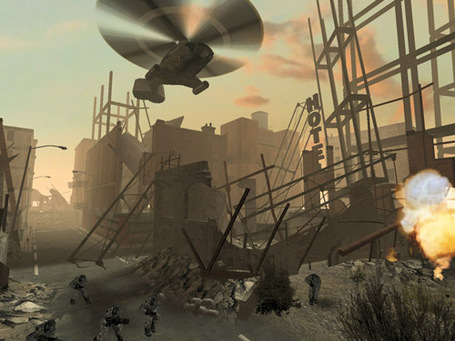 The "Start Vokoun" decision reaches an ugly conclusion as Cat fan angst spills into the once quiet bedroom community of Coral Springs, Florida. At the IncredibleICE practice facility (above) damage is believed to be in the millions of dollars, and no easy end to the hostilities appears to be on the horizon.