...the first period of Wednesday's game in Sunrise against the visiting Stars. 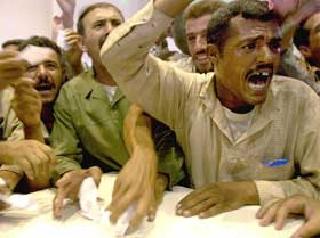 The remainder of the evening, however, had Panther fans scratching their bloody collective heads, wondering where the home team went. They certainly weren't on the ice at the BAC.

"We went on vacation a little early there."

Full kudos to Dallas bench boss Dave Tippett for a Vince Lombardi-style wholesale philosophical attitude adjustment. He coached two separate clubs: the rubbery Dallas Stars in the first period, and the steely DALLAS STARS for the rest of the night in a game punctuated by several fights.

Cory Stillman took exception to Matt Niskanen's shove to his head, and in no time the two were swinging. Stillman decided the match with a sweet connection.

For the ultimately defeated Cats, defenseman Karlis Skrastins scored a marvelous goal on a partial break in the first frame. It was Skras' third of the year; unfortunately it was the final score of the evening for Florida, who, in all honesty, were fast, mobile, and man-to-man covering their assignments well. Just didn't get the breaks during this one.

"They did to us what we wanted to do to them for most of the game."

And therein lies the scary part: they can dish out the fast-paced, high-octane firewagon-style offense, but can't respond to it in kind. Once the rest of the league learns this the Cats are cooked.

What you see above is where the standings will remain until Tuesday. Around the division last night:

And here we are against the All Star break. Anyone actually gonna watch it? Anyone? 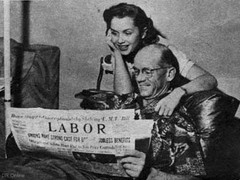