The (other) kid from Kladno

Share All sharing options for: The (other) kid from Kladno 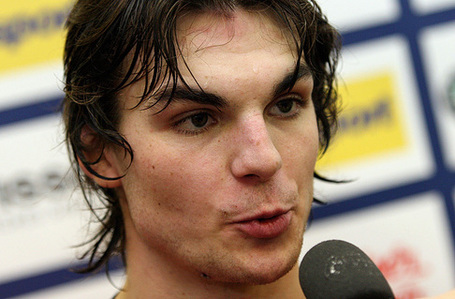 Florida forward Michael Frolik explains his confusion at not being chosen to portray a Vulcan in JJ Abrams' new Star Trek film. Also, he's in the NHLYoungStars Game.

The Miami Herald's George Richards speaks to the Panthers' lone YoungStars Game representative, getting the goods from a guy many feel will be a serious Calder candidate through the second half of the year.