Share All sharing options for: Know Your Panthers: Karlis Skrastins and Michael Frolik 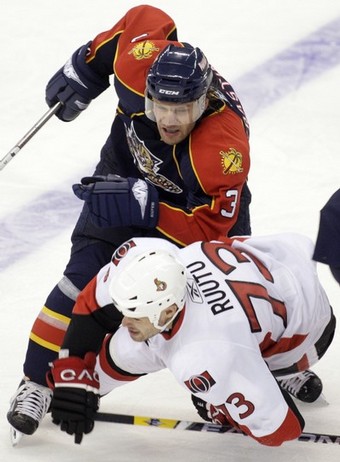 Playing backup to defensive-unknown Jay Bouwmeester for most of the season, John Karl has been that stalwart (whatever a "stalwart" may be) on the blueline the Cats have sought for so long. Jay rushes in, Karlis hangs back. This is the procedure game-in and game-out.

Not one to rush into the play, Skrastins provides responsible deep defensive-zone coverage when things get interesting up front, and has not shied from physical play when he's targeted as the last line of "D". 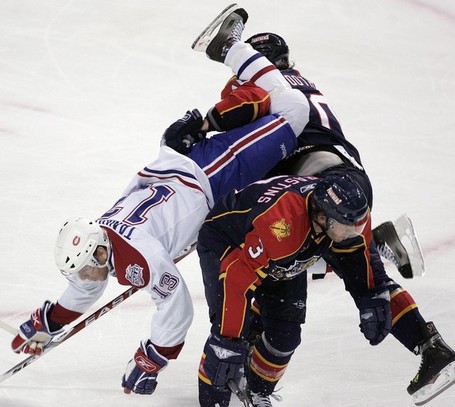 Though mild offensively, "Skras" had a two-point game against Atlanta in January, yet holds, well, two two-point nights to his resume this year. His main responsibility is making Jay-Bo look good defensively, and he has done that with aplomb.

Know him. Love him. Live him. The name "Frolik" will carry on for years to come within the NHL. A forward who is (now) not afraid of, well, anything; the kid's proven me colossally incompetent at judging talent. And probably spelling.

Someone in the Panthers' organization REALLY pushed for this guy to stay with the big club over Todd Bertuzzi Shawn Matthias, and the results thus far have been beyond admirable. ED. NOTE: The Box was pulling for Matty...hard. That's why the staff here is not scouting. Rock on, Mikey. Anthony Stewart is living proof. 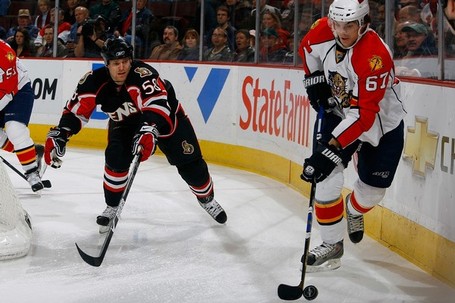 It's already legend that - ROOKIE - Frolik's numbers increased intensely after the Christmas break:

Start of the season to November 28th:

Keep your ears open...very few "prodigies" from Kladno make the grade without a "Jagr" component.