Yet more evidence of the simplistic perfection of Family Guy. 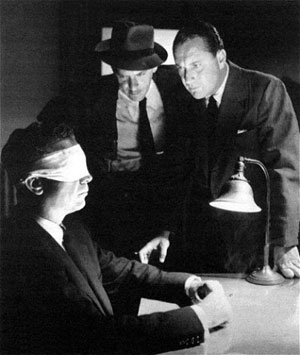 A down-and-out Panthers club rolls into Pittsburgh, looking for it's first win in the past five games. I renew my call for a Horton demotion. Yes, a demotion. What else can be done? Andy will start (emphasis on "start") in net, with a 1-0-0 (1 tie) in four appearances against the Pens.

The Penguins have been nearly equally inept, dropping four of their past five. However: Sidney Crosby has 5g-11a-16p in 11 games against the Cats. Sheesh.

L'afffaire DeBoer drags on, as inconsistencies in play among the goaltenders have begun to stretch patience and nerves alike. Will the coach finally get the 60 minutes he's grasping for?

Carolina doubled up on St. Louis as the Hurricanes used two PP goals to defeat the Blues 2-1 in Raleigh on Friday. A six-point lead over Florida is now in play.

More frighteningly, the Thrashers laid out Vancouver with a 4-3 SO victory in Atlanta. The birds leapfrogged Tampa, and now sit six-points behind the Cats.

As for today, Carolina visits the Lightning, while the Rangers take on the Caps in DC.

Suddenly, the Panthers must look into their rear-view mirror with a bit more frequency. 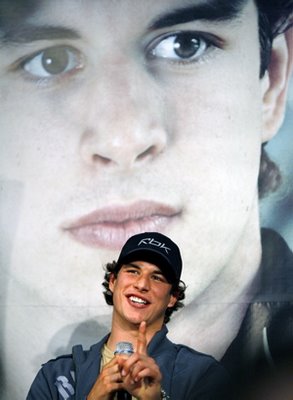 Reportedly Stephen Weiss is "sick" but may play. Horton took his place in practice yesterday. Otherwise no changes.