Divisionally Speaking (way late on this one)

Share All sharing options for: Divisionally Speaking (way late on this one) 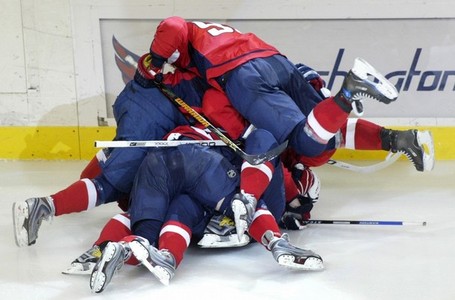 There's a lot of unique brands of love going around in Washington these days.

Washington beat the visiting Rangers 2-1 in regulation, with Ovie grabbing the gamewinner, short-handed no less, late in the second. The Caps' 55 points is good for second in the conference, behind only Boston and their 62. Washington is currently 9-1-0 in their past ten. What a story this club has been. And for that matter, so have the Broons.

Carolina slapped the host Lightning 3-2, with defenseman Joni Pitkanen nailing the winner in the second. The Hurricanes dropped the Bolts to 10-18-10 on the season (14th in the East), while their own record improved to 7-3-0 over the last ten, and holding a six-point stranglehold on the Cats (4-4-2 past ten). The Canes are now seventh in the conference. 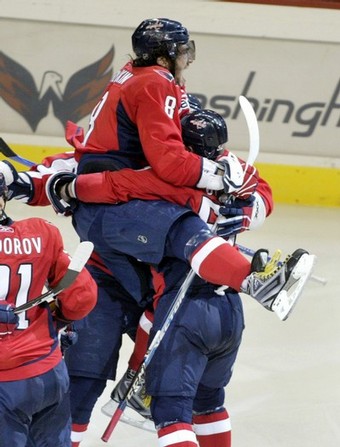 I wasn't lying about the "love" thing.

Today "features" Tampa Bay at Atlanta. One point separates these two abortions, and as long as they continue beating each other senseless, the Panthers shouldn't be too concerned with the outcome. Yet.