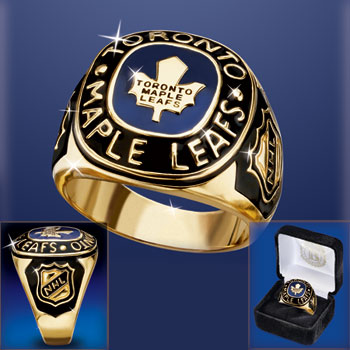 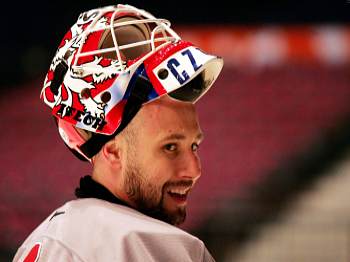 24 saves were all that Panthers goaltender Tomas Vokoun needed as he picked up his 200th career win last night in the Panthers' 4-2 victory over Toronto. That's a big deal. Hats off, Tomas: 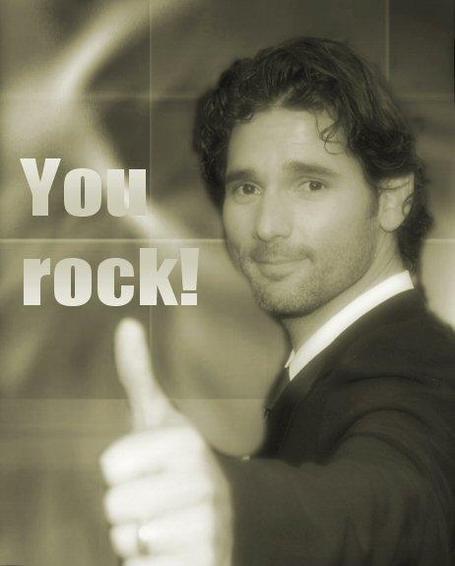 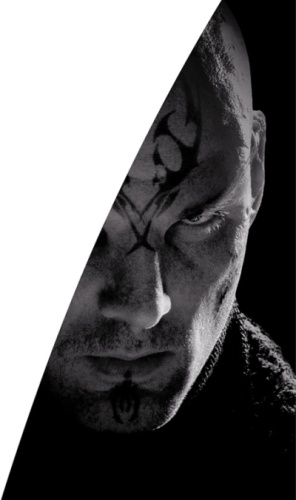 Yes Tomas...the wait is over.

While all the attention was on former Leaf and current Cats' defenseman Bryan McCabe, the likes of Michael Frolik, Ville Peltonen, Stephen Weiss, and Gregory Campbell were given enough space to seal the game for Florida. Frolik, in fact, had a goal disallowed in the first period, the puck having crossed the goal line of a dislodged net.

"They were really flat, we really outplayed them, got up a couple, and we really didn't look back from there. It was a good game."

Weiss, Campbell, and Peltonen each had a goal and an assist, while Nick Boynton(!) led the offense with four shots. Coach Pete DeBoer picked up his first win in Toronto, against the organization which drafted him.

For the final time, a McCabe update: the crowd indeed gave it to him, just about anytime he was within sight of the building. It did tail off, though, as the score continued to get out of hand. On a personal level, I don't fully understand the hatred for the guy; he had a good few years, JFJ (ultimately) signed him to a colossal contract, and he had a couple of stinkers last season. But I wasn't there.

Alex Ponikarovsky and Jason Blake scored for the Leafs, while Vesa Toskala made 30 saves.

All in all, a solid effort by the Panthers in a hostile environment. And if you're keeping track at home, the Cats have scored 15 goals in the past three games. Olli who?

No one's making it easy on the Panthers, as both Carolina and Washington collected victories last night.

The juggernaut that is the Washington Capitals avenged a crushing early season loss to Philadelphia by handing the Flyers a 2-1 defeat on a Victor Kozlov shootout goal at Verizon Center. The Caps have now won 18 of their last 20.

Not to be outdone, the Carolina Hurricanes beat the visiting Devils 3-2 in regulation, remaining ten points back of the Capitals, and five ahead of Florida. Tuomo Ruutu scored the winner midway through the third.

Of course, the Atlanta Thrashers were kind enough to lose 3-1 to host Pittsburgh, allowing the Pens to remain in a four-point lead over Florida.

So, essentially, nothing has changed in the division. That one game in hand remains of huge importance. 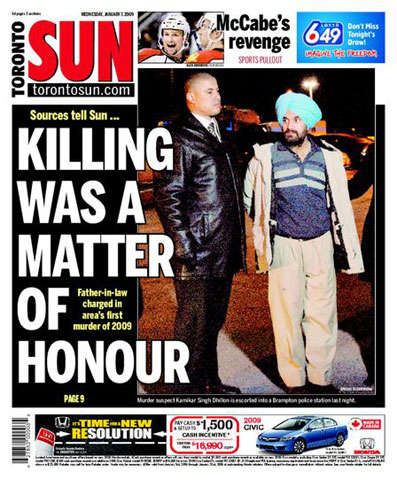 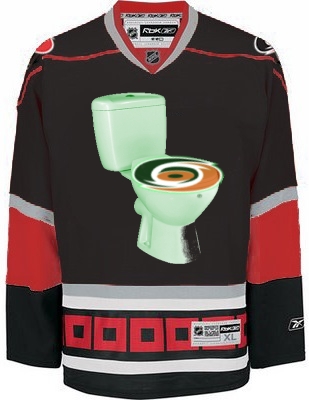 Always a treat, the Cats host the Hurricanes, this time on National Football Championship night, which happens to be played in Miami. Another strong scheduling moment, NHL. Well done.

An ultra-important match which could propel or poison either club.