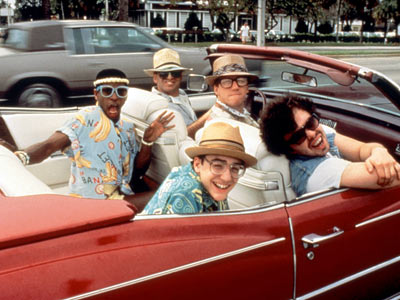 "Given the run on rentals because of the Gator game, we're looking for the Hotel Coral Essex..."

Sorry guys, no room at the inn, due to the amateur football deal a few miles away. However, we've got good stuff coming out of the BankAtlanticCenter.

Great things all around for Florida, as the Cats checkmate the Hurricanes. And we do mean checkmate. A chess game in every sense, where both teams kept up the pressure waiting for the opposition to make the biggest mistake, this was a playoff game all around. Kudos to coach DeBoer, who matched linesand spectacularly, and big kudos to his club, who followed his plan to the letter. This is a game Florida would have lost in the last two minutes a year ago. Or perhaps even eight weeks ago. And the Hurricanes know it.

If anyone decides to take the Cats to task for the lame-o attendance tonight, bring 'em on. I'll go toe-to-toe. Bravo to those in the crowd, who were few in number, but loud and not unseen. 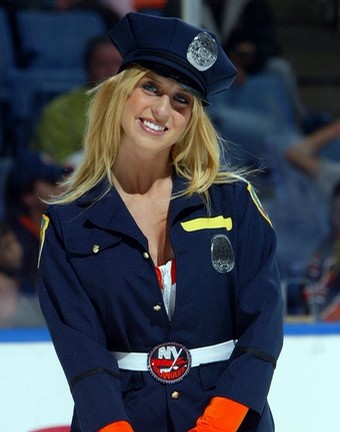 This is what you get when "Carolina Hurricanes girls" is entered into Google Search. I did not key "transsexual Islanders fans with a love for the Village People".

Tomas Vokoun was all over it tonight, making 30 saves, though his ingrained habit of staying down a bit longer than most 'tenders continues to freak me out.

Sergei Samsonov (who's surprisingly not in a contract year) and Anton Babchuk kept it interesting for the Hurricanes, but to no avail.

David Booth is now on a seven-game point-streak after his goal. Horton's tally? Cherry. Why has it been so difficult to get him interested? No matter. He's been on it recently; don't want it to be me throwing him off. 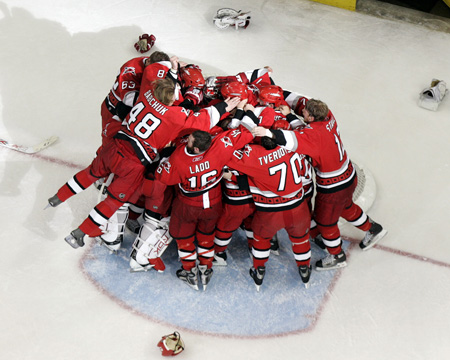 This is a "PG-13"-rated site, and I intend to keep it that way. Comments are encouraged. 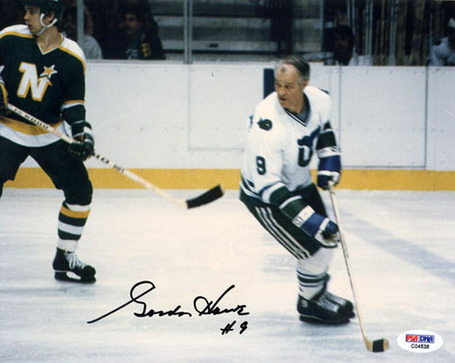 Wasn't a lot of Gordie action in Raleigh. EVER.

A little movement in the Southeast last night. In addition to Florida owning Carolina and gaining two points, here's what went down (and unless wins are now awarded upwards of seven points each, I'd say the above chart in slightly incorrect, but the point totals are solid): Atlanta went for broke, throwing everything they had at New Jersey, exorcising the Devils 4-0. Kari Lehtonen beat Scott Clemmensen and former Cat Kevin Weekes to bag the shutout. Two more points for Atlanta gives them 33, and the flipflopping of the 4th and 5th spots continues. "Exorcising". Yeah, I tried it.

Tampa Bay lost ot Phoenix 3-2. I'm on tenterhooks for video of this one. Not really. Either way, Atlants holds a 3-point lead over the Lightning.

Happily for PantherLand, the Penguins fell to the Nashville Predators 5-3. This keeps the Pittsburgh Bunch tied with the Florida Panthers at 44 points. If the season were to end today, The Pens hold a lead over the Cats based on one more win, but the Panthers have a game in hand. So blaze on.

The Blue Jackets head to Washington for a loss on road ice, while Tampa Bay visits Anaheim. 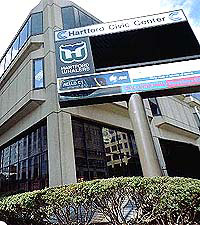 The Panthers host the Alberta Calgary Atlanta Thrashers tomorrow. I'll of course be at work, but The Box will be monitoring from the Northern Command Post.

As for the television deal, this will be the make-up game for Thursday's spackling of local hockey fans. If you're not going to be there live, gather 'round the TV at 1 pm...