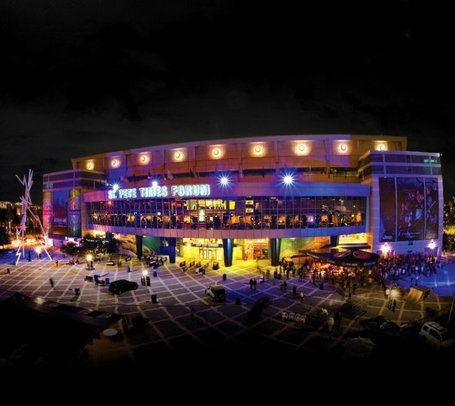 Big news of the afternoon regards comments Pete DeBoer made about rookie Dmitry Kulikov.  It seems that Kulikov is playing his way into a full time job with the big club, and its hard to disagree.  Here is what DeBoer had to say:

''He has to keep doing what he's been doing,'' DeBoer said. ''He's had one tough game. He's been pretty steady and is getting more and more confident. He needs to find a way to get his shot to the net, put pucks at the net, but that's going to come.  ''You guys saw Stamko's development last year; this doesn't happen overnight. I think Hedman who is here is a little bit of a different story. He's hit the ground running. But it's tough for young defensemen. [Kulikov] is playing 18 minutes a night which is a great number for a young guy. He's contributing.  'If that continues, I don't know how we can send him anywhere.''

''I'm not leaning anyway right now, I'm standing straight up,'' he said. ''You know what? We're not going to make that decision until we have to and that's Game 9.''

Not much else to report.  Still no Dominic Moore, still Vokoun between the pipes.  He'll be matched up against Antero Niittymaki who in 7 starts against the Panthers has a 4-2-1 record with a .935 save%, a 2.04 GAA and a shutout.

The only way to see the game in South Florida is to watch it on Center Ice, otherwise you can tune in to WAXY 790 The Ticket and hear Randy Moller call the game.  Puck drops at 7:30.  I've got the DVR fired up and I'll be watching the Cats into the wee hours of the morning after I get home from the Dolphins game.  Have a great night, everyone!