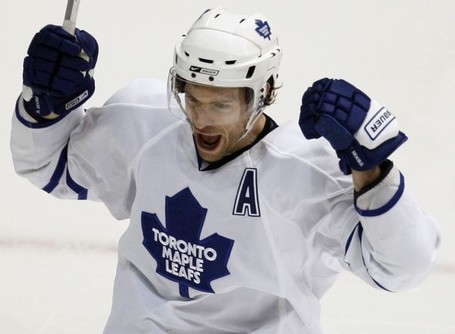 The Cats have added another new guy to the bunch, signing center Dominic Moore to a 1-year, $1.1 million deal.  The team is expected to announce the signing on Monday.  Moore was in talks with at least 3 other teams, but went with the Panthers due to his desire to play for Peter DeBoer.

"He thinks it's a huge opportunity to play for [Coach] Peter DeBoer. DeBoer is one of the brighter guys in the game. It's a perfect fit for Dom." said Moore's agent, Larry Kelly.  "These guys will be kindred spirits.  They'll be able to communicate extremely well and Pete will be able to assess what Dom does well and utilize him properly."

Moore is a gritty young forward who has displayed good touch at times.  Last year he was having his most productive campaign before being dealt from Toronto to Buffalo at the trade deadline.  Shortly after the trade, Moore broke his wrist but played through the pain and finished out the season.  That is why after scoring 12 goals, 29 assists in 63 games with the Leafs he only recorded 1 goal and 3 assists in the 18 games he played as a Sabre.