Share All sharing options for: Florida Panthers week in review 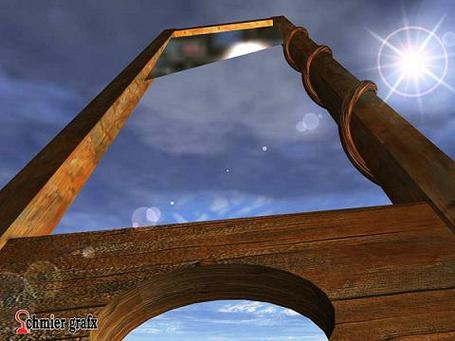 Panthers fans will find a new addition to the concourse level Saturday at BankAtlantic Center.

Been a busy five days for the Cats since the first puck dropped at Philips Arena Monday. A quickie recap before tonight's action between the Southeast division rivals faceoff in Sunrise:

Atlanta's Ilya Kovalchuk is foiled in his initial shot on a breakaway, but regains a dead rebound and scores the Thrashers' second goal of the game, paving the way for Keith Ballard's infamous Paul Bunyan-style chop to the head of goaltender Tomas Vokoun. Despite the first of Stephen Weiss' heroics for the week (1g, 1a), ex-Buffalo fan favorite Maxim Afinogenov inserts a knife deep into the heart of reliever Scott Clemmensen and the Panthers with 5.5 seconds remaining in the third period, producing a 4-3 final score in favor of the home club. Vokoun? Briefly hospitalized. Ballard? Stunned. Florida fans? Dumbfounded by yet another strange fork in the road. Panthers are now winless in five.

Back in Sunrise Wednesday against the Avalanche, and the Cats somehow found creative and unique ways to smash four 2-goal leads...of their own (one of those in the final minute of regulation...of course). Craig Anderson, returning to South Florida for the first time since signing with Colorado over the summer, was his plucky self throughout, going goal-for-goal with Clemmensen. Enter overtime, add an end-to-end rush by - who else? - Ballard, a collision ensues, Adam Foote declares war on on the Florida defenseman. Andy's hurt, in comes Peter Budaj, and the ease with which it seems possible to imagine the green goalie getting a win without facing a single shot becomes quite natural; it's that kind of week. Stephen Weiss, he of three goals on the evening, enters the shootout in the fifth round, netting the game winner. A victory for sure, though one that feels strangely hollow. Winless streak over.

Thursday in Washington for a third shot at the Capitals - minus suspended Alex Ovechkin. No matter; anarchy ensues among the visitors after several minutes of close play. Spunky recent callup (and rookie) Alexander Salak replaces a quickly-yanked Clemmensen; nothing changes but the lead, which stretches to a formidable six goals. Another Alex, this time of the Semin variety, has four points before Bryan Allen and Weiss (with his fifth regulation-goal in three games) change the score but not the outcome. It was the classic "clinic" game by the home club, leaving the Cats dazed and defeated. Mike Duco ended his evening with 17 minutes in penalties: an instigator, fighting major, game misconduct, and aggressor calls. When's the last time we saw an "aggressor" penalty? Salak - whom the loss should not realistically fall upon - was quickly sent back to Rochester.

And here we are. Never boring around these parts.