Share All sharing options for: Panthers prevail in come-from-behind OT thriller over Leafs, 5-4 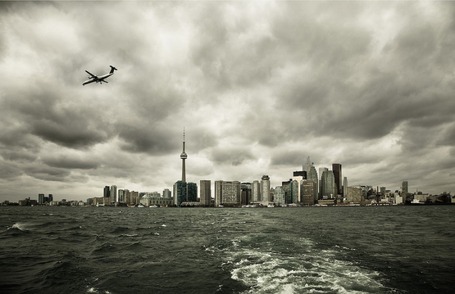 It took two and a half periods, but they finally showed up. The Cats destroyed a 4-1 deficit, clawing their way into contention with barely 10 minutes remaining in regulation, with Richard Zednik (2 goals, one of the NHL's three stars of the night)sealing the deal in overtime. What a story.

Do yourself a solid and watch the game video. Rather dramatic in that the Cats were without a pulse going into the third. Whatever was said in The Room during the second intermission must have rivaled Rockne.

Anyway, T-Vo was solid and even Brett McLean and Nathan Horton (!) got into the scoring act. CLG_74, who attended the game, said the crowd was rockin'. I'll be there on Friday for the circus that is the New York Rangers.

Had a blast hanging with the folks from Pension Plan Puppets, and big thanks to them for allowing me to host the second period. A great thread.

"I don't want to go back and think about what could happen, what happened and stuff like that. I'm glad I'm here and I still can enjoy hockey."