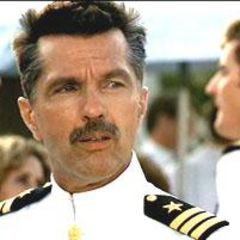 Panthers' coach Pete DeBoer searches for goaltender Tomas Vokoun following a deluge of support from the home crowd in Sunrise after Tuesday's victory over New Jersey. Obviously, if T-Vo needs a wingman, he's got it.

Insane. After falling - respectfully - to Washington on Sunday, the Cats came out hot, looking to avoid going home under the same lack-of-offense stigma, beating the NHL's hottest club behind a phenomenal shut-out performance by Tomas Vokoun. It was his game.

A nail-biter for any Panther fan, by nature...but a serious shout-out to the league that Florida is for real.

Full Litter Box coverage coming up in the morning; meantime, check out the NHL's drivel here. Big thanks to CLG_74, Old Dave, Dominik, and especially John Fischer for taking part in the Open Thread.