I was thinking of Friday as an ‘off day’ since the Cats didn’t play…being that the whole reason for me being up here was to go to Panther games, everything else was secondary.  But sometimes even the greatest men are wrong, and I am no different.

Thanks to our good blogging friend over at On Frozen Pond, I found out that our own ‘Red Deer’ Randy Moller would be at the NHL Store here in NYC to be a guest on NHL Live. 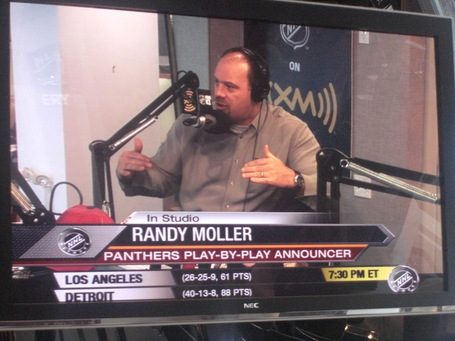 I headed over to meet up with Randy and show him some hometown support.  We both got there a little early, and of course the reason he was asked to go on the show was because of his now ‘league wide fame’ over his pop-culture goal calls.
I asked if I had missed any good ones…and he laid one on me that he used for Horton’s game winner at the Garden on Thursday.  "Spaulding, get your foot off the boat".  That could be my new favorite. 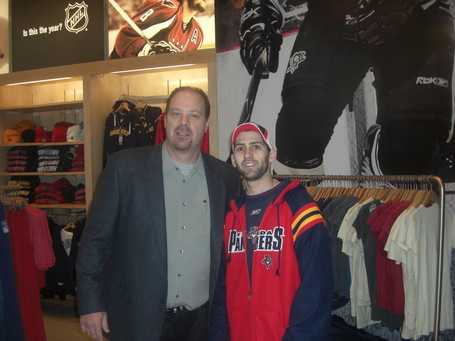 From there it was a day of chilling, walking around the city (which I love to do when I’m up here) and a little shopping.  Nothing exciting, but hey…that’s not always a bad thing! 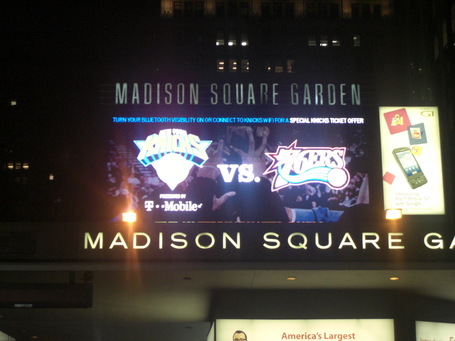 Last night the Knicks played the Sixers, and being that I had never been to a Knicks game at the Garden, I felt it was something necessary for any travel-happy sports fan.  One thing that was interesting was the lack of Knicks jerseys in the stands, especially when considering how many Rangers jerseys there were the night before.  Don’t be confused, the Knicks fans were loud, passionate and every seat was filled.  Just no jerseys, other then on the kids. 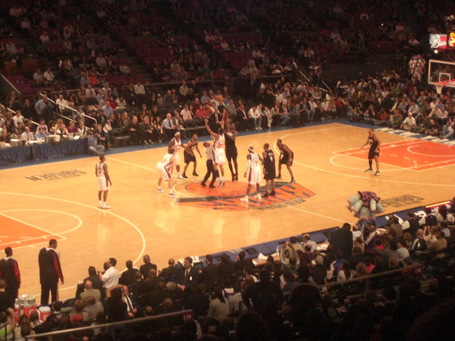 The game was fun, but the highlight of the night for me was who was in attendance.  My favorite T.V. show is HBO’s Entourage, and the star of the show Jeremy Piven was in the house, sitting courtside and rooting on his hometown Knicks.  And he was into the game, standing and cheering with the rest of the crowd during the 2nd half. 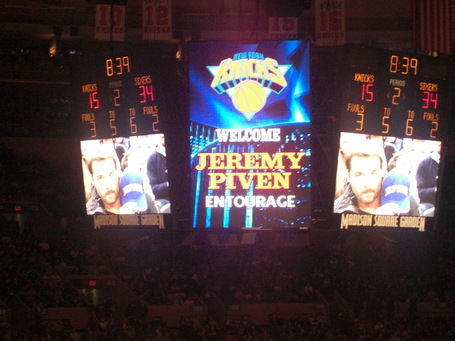 Also, John McEnroe was there, sitting 6 seats down from Piven.  Very cool stuff.  Not that the Heat don’t get their fair share of Celebs at home games…but this was awesome for me. 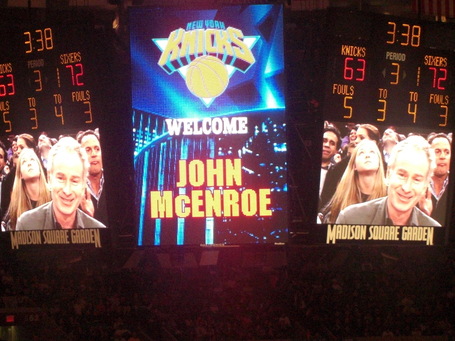 Tomorrow it’s back to hockey…as I’ll take the train from NY Penn Station over to Jersey Penn and walk over to the monstrosity known as the Prudential Center.  I was there last season, and it’s a pretty nice building.  Wide-open concourses and hallways are a nice feature amongst the newer arenas, but I can’t imagine the view from some of the upper-level seats.  They are REALLY far from the ice.

The game is a matinee, but I’ve got something really cool to do tomorrow night.  You’ll just have to wait to find out…