Share All sharing options for: Panthers defeat Islanders, feel good about themselves 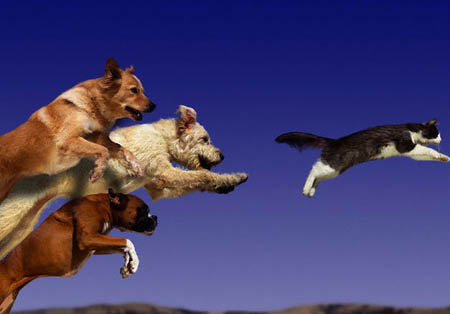 With their latest win, the Cats continue setting the conference pace for Pittsburgh, Carolina, and (based on games-in-hand) Buffalo.

At least THAT monkey is off of their collective back. The Panthers evened out the series with New York at two wins apiece, closing - mercifully - another chapter on the year. Bouwmeester, Skrastins, and Zeds (MAMMOTH goal - see below) scored for host Florida, while flu-symptom-recovering-titan Tomas Vokoun closed the door on 20 shots for the win. The Islanders' four-game winning streak was broken in the process. Good writin' eh?

Thanks to Robert S. for submitting this example of Zednik awesomeness.

"That was a great move by him. Not too many players can do that in this league. He did, and he executed pretty well." 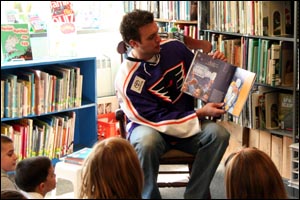 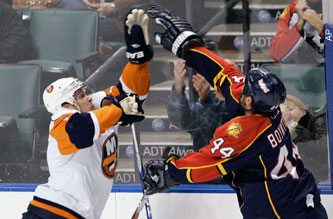 Jay says "Thanks! It was a kewl goal!"

Today's Divisionally Speaking, and preparing for the lowly Capitals.