Share All sharing options for: Capitals down Panthers 3-1 on Mike Green Night 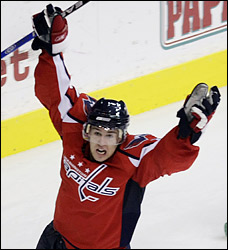 Washington's Mike Green scored two goals (one PP, one SH EN) to extend his streak to six games, a Caps record for a defenseman, and not accomplished in the league since 1984. Really proving to be The Man.

He's locked up long term, I might add. Something our hot young D-man is not.

Other than that, pretty pedestrian stuff in DC last night. T-Vo made 36 saves, compared to Theodore's 21(!). In fact, Ovie had one less shot (6) than the Panthers collectively in the first period.

Take away the Fehr goal in the opening seconds of the game, and the night goes a different route, perhaps. In all, the Caps found a way to win. This is a scary good club.

Big Thanks to Jon and the gang at Japers' Rink for a mind-expanding open thread. Check him out today for his take on last evening's event.

If you must re-live it, enjoy Keith Ballard's first period goal to tie it at one. And applaud Green's efforts...he is legitimately something special. 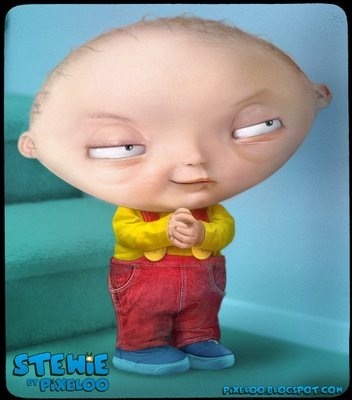 Though displeased with the end result in Washington, Stewie agrees to spare Lois...at least until the Leafs come to Sunrise on Tuesday.