Liners: Penguins top Panthers 4-3 in SO; Florida's Vokoun has 47 saves

Share All sharing options for: Liners: Penguins top Panthers 4-3 in SO; Florida's Vokoun has 47 saves 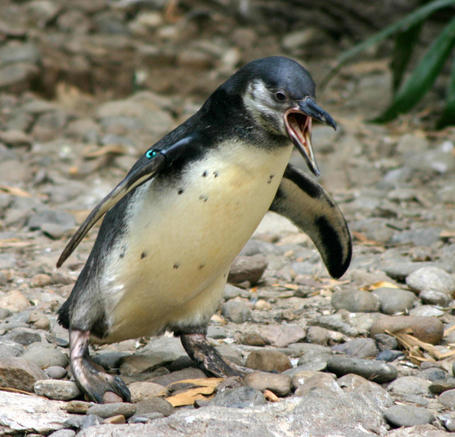 Not exactly "balanced" scoring, but refreshing to see the likes of Keith Ballard (1g, 1a), Nick Boynton (1g, 1a), and Kamil Kreps light it up.

Less refreshing - downright rotten, in fact - was Stephen Weiss and Richard Zednik firing blanks in the shootout, while Evgeny Malkin and Kris Letang found the net to seal the deal on a staggeringly important come-from-behind 4-3 victory.

Tomas Vokoun was en fuego, facing 50 shots, many of the slap-your-cheeks eye-popping variety. The Cats finished with 21.

Yes, twenty-one. But don't be misled: Florida played the classic DeBoer attack-from-every-angle game; another playoff-style match which any hockey fan - no matter their loyalties - would have eaten up.

Kudos to the Pens and a brilliant streak under new coach Dan Bylsma.

And a big shout-out to FrankD, Hooks Orpik, and their minions at Pensburgh for putting up with my inane observations during his live blog.

As for The Box, thanks to all who stumbled in last night: