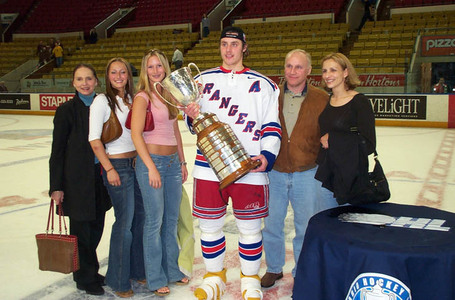 Larry Brooks is reporting league disciplinarian Colin Campbell has recused himself of his duties in any matter involving the Florida Panthers since 2005. Now, temporarily, he will stay out of anything whatsoever which may occur in the Eastern Conference, due to the playoff race and Florida's part in it.

Campbell's duties in these matters have been transferred to VP of Hockey Operations Mike Murphy with oversight from Deputy Commissioner Bill Daly, according to an email from Daly to The Post.

This should come as anything other than a shock. A conflict of interest has always been a cloud hovering over Greg's father working in the head office, but it has never been a hindrance.

Kewl to see the headline, though.